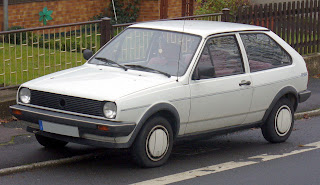 During 2005 and 2006 I used to drive an old Volkswagon Polo around Sheffield. Like that one in the picture. It was unfortunate that the car died a premature death while I was working as a stage manager at the Leadmill. During the 12 hour Sunday shift (which was fucking awful by the way) some rotter nabbed the bastard. It was found burnt out on the Parkway about a week later and I had to pay for its disposal. 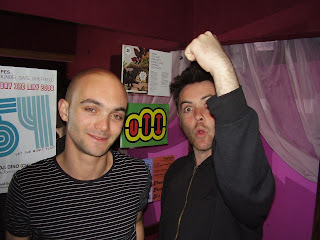 One positive aspect to the whole ting was I’d manage to remove my cassettes from the vehicle before it was looted. One such tape was an electro - disco remix put together by Rough Disko resident, Gag Reflex. We used to drive around blazing crop on the way to the off license with this tape ramped up to eleven for the best part of 12 months. I used to drive everywhere just so I could listen to this freaky tape.

Anyhoo one of the songs on there was Prototype by Rex the Dog. Out on Kompakt the first time round, it’s a ridiculously over the top piece of rave-musik and sparked off a lorry load of Chinese whispers about who da Dog actually is or was. Like the gaggle of nerds we are, we spent yonks discussing the possibles.

Nearly 4 years later Rex the Dog is eventually about to re-release his debut album. One of the launch parties was at the Star of Bethnall Green a mere ten minutes around the corner from our London gaff. We discovered that far from being Carl Craig or a member of Kraftwerk the Dog is a greasy Euro-trance looking type of dude who would still be stealing your beak during the after-after-after party and waking up on your sofa on Monday covered in piss. Disappointingly the mystery is over. But Prototype is still amazing. Check it. 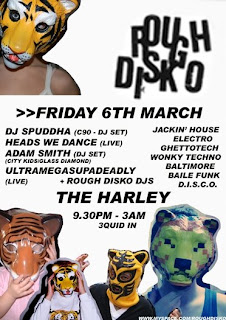 But here's the flyer/poster for it. This kind of lateness is almost a parody of Peter Saville and Factory records. Almost. Now at the Harley by all accounts last night's RD was a great success...

Check out what's happening in Sheffield on the RD front here...
Posted by Jimio at 04:29 No comments: