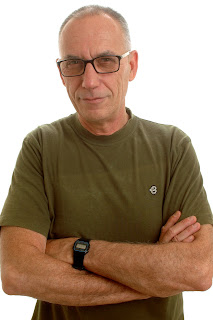 Check out Alexander Robotnick up there. He's a pretty old dude. But being old doesn't stop anyone from loving their italo and doing the electronic circle jerk. His past is long, varied and full of madness. He's scored films, he's hailed as the godfather of the whole italo revival by many arbiters of taster and he loves smoking snouts.

Now This is Music, who put out the amazing Township Funk, are deeming it fit to unleash new tune Obsession for the Disco Freaks, complete with remixes from the likes of Rory Phillips. The title and vibe sums up where we're at.

The video is below. When I saw it for the first time I almost pissed my pants due to the sheer amount of strong looks. What a freaking hero. That dancing. Jesus. There's a vid of his mixing double below at a party in what looks like an Austrian dungeon. Eek. 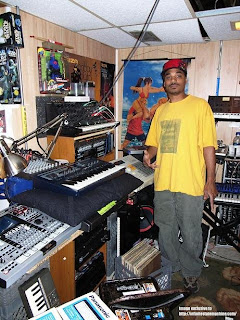 The latest Fabric installment is from a slightly unknown entity, the vaguely mysterious Omar S. No, me neither but according to reports, Mr S has been swaggering round Detroit for a number of years making real men’s techno and shooting his mouth off. He sounds like a top bloke and genuinely mental.

Check out the Resident Advisor interview with the man in preparation for the release. Omar has ‘done a Villalobos’ as it’s now known by filling his Fabrish mix with his own productions. Whether this move is an act of great narcissism, bravado or a bold statement of intent he was obviously unaware that it had been done previously. And he’s not happy.

RA: How has the mix been received?

Omar S: “You read the shit people are saying already about the Fabric Mix? A few assholes are talking about "Oh, Omar-S. He did the same thing as Ricardo Vi-vi--...." whatever the fuck he's called. I don't even know who Ricardo Willalobo is. I ain't start hearing his name till like a year ago. Who the fuck is that? So how would I know what he did for Fabric? I don't even know how to say his last name, why would I bite off of him?”

Check the full interview here. It is worth it.
Posted by Jimio at 02:45 1 comment: