Take it to the streets 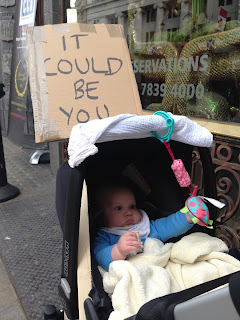 September saw two momentous things take place - Jeremy Corbyn got in as Labour leader ending the reign of terror provoked by Blair and his lemming-esque followers, plus there was a huge march across the streets of London to champion the plight of refugees across Europe.

That both coincided was a rare moment of dry safety in a never ending Tory piss being taken over the whole country. We celebrated by drinking lots of corona, walking across the capital and chanting in the sunshine.

The day after was the Hackney Carnival, a different sort of celebration but a celebration nonetheless. The best bit was a huge toucan shaking its feathers in the street. Yes mate... 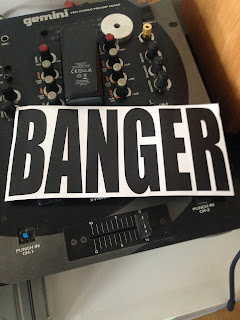 YOLOOOOOOOOOO - that's the way we've been rolling through the optimism of August which seems to go in the blink of an eye - before you can say 'five pint of Five Points please mate' we're on the downward winter spiral, falling through September like Alice down a rabbit hole. Here are some of the highlights from the past 30 plus days... 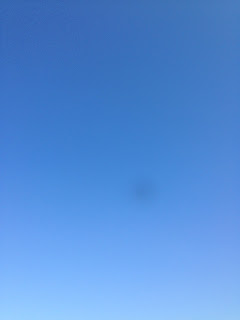 Hands up who know where Ramsgate is? Anyone? Well we definitely didn't until we heard about the Contra Pop Festival, a free musical bash taking place just near the pier in this weird coastal town somewhere in deepest, darkest Essex. The line up was certainly ear provoking enough to make it worth the journey east to a town which managed to mix up the run down with the weird to suitably bizarre effect. Here are some of the things we learned in our eight hours in Ramsgate...

Everywhere we turned,there appeared to be a golliwog staring back at us. While the rest of the UK has smoked these out, it seems that they've all flocked to Ramsgate as they believe there's safety in numbers.

Everywhere else we've ever been, the grappers never, never ever cough up a fluffy tour or cannon or whatever it is you're seeking. But in Ramsgate we managed to get a doughnut. A fucking doughnut!

The fish is delish

Clubs aren't dead yet you twonk 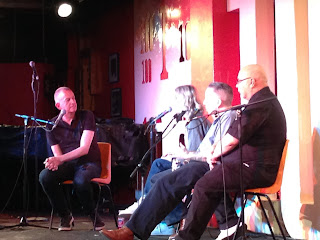 Earlier in the summer literally every media outlet was spouting the same piece of research claiming that 'the club' is dead. It's dead they crowed, it's so dead, these naysayers did a little dance atop its supposed corpse, before taking a spade to its bonce and burying it underneath a mound of words, hyperbole, newspaper columns and half chewed up garies.

Indeed, according to reports, half of the UK nightclubs have shut in the last ten years which is a pretty shocking stat (if true and it's not a slow summer's news day). But if this just refers to the Oceana's of these Isles then that's probably a good thing. And while the media love talking about the death of things, there's never much fanfare when somewhere opens and breathes life into something. There are clubs reopening, changing and gaining new identities all the time (Phonox in Brixton, the Moth Club in Hackney are just two in London in the past few weeks). Plus festivals have never been more oversubscribed - you can't move for places to dance in the summer months. Even if things are slightly on the wane in conventional venue land it doesn't mean people are stopping moving. And if they are being more selective, this usually means those clubs who aren't in it for the right reasons fade, leaving those who fucking mean it to stay and fight. Sometime things are at their best and most warm blooded when they're struggling to stay alive. Or is this wishful thinking? Maybe, but it's interesting to chew over.

Above is a picture of a talk we went to with journo Dave Haslam and Andrew Weatherall about this very subject back in early August. They covered many of the topics above but really the biggest revelation of the evening was how bizarre looking the latter is without his facial hair. Eek.
Posted by Jimio at 12:31 No comments:

When life gives you eggs... 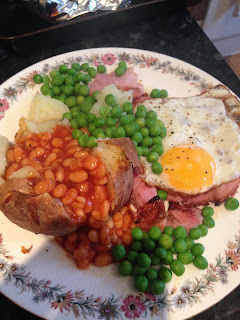 It's been a colourful summer - just look at the state of some of these plates. We're talking going to Llangollen, eating some ox cheeks, air bnbing it, reading some books and almost winning it big on a scratch card. Almost. Here's the visual flex for your eyes...