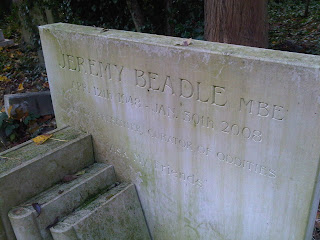 Graveyards can make for plenty of laughs and a salubrious day jaunt if you can keep the constant reminders of our impending mortality at bay. Highgate Cemetery is a classic burial ground although it feels perverse to surround yourself with bones which emphasise how our time on les planet is but a blink in the eyes of the universe.

The great, the good, the high and low brow are all buried in Highgate - the big draw is the opulent headstone of Karl Marx although for us the more modest grave of Jeremy Beadle, "curator of oddities", held the most appeal. We visited on a crisp autumn day and ran in past the odd old lady in the welcome booth at the front of the cemetery by shouting "RIP Beadle". She was confused but n'er mind - RIP Beadle indeed.

Man and woman vs. Turkey 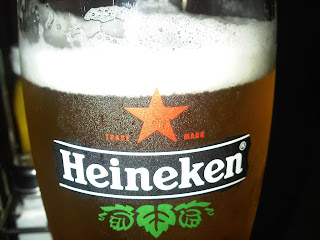 Holidaying in Turkey in October is a look - it's an even bigger look when you go all-inclusive. We went to Oludeniz to Club Sun City for an entire week on this flex (both for the first time in our puny little lives) and felt like king and queen of the resort. We anticipated ropey spirits and crisps - instead we received efes on tap, grilled fish twice a day, more efes, scally juice (amaretto and coke), cigs, kebabs, eggs - it was glorious and made even more entertaining by the vast array of scally families on site. Mums would plonk themselves on the lounger and dads at the bar while kids were left to roam around looking for kicks. Watching these oddly shaped families, predominantly from the North West, destroy themselves on cheap booze and descend into disarray was a sight to behold.

Our time in Olu deniz was a total vibe. Learning back gammon, having a Turkish shave (the barber resembled Bob from Twin Peaks and even smoked out the nose hair) and eating fish were all moments. As well as the heat. In October. We (predictably) made friends with the bar keeps including one gentleman who became known as 'Teethy' due to his discoloured fangs. He was kind enough to try and get us to use the life-threateningly dangerous service lift in the kitchen rather than the stairs when it rained. What a gent. Props to Teethy and Club Sun City for making our stay such a special one... 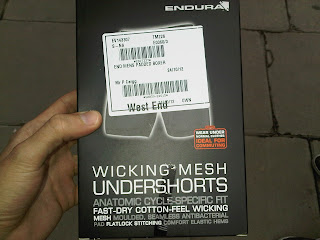 Groupon is a relatively new experience for moi but it's something I've taken to like the proverbial duck to water. In lieu of having much dosh or being in a position to acquire expensive shit, experience is the number one commodity in these ongoing austere times. And one in which Groupon, my internet chums, are the chief resellers of. This elite bunch do a cracking job of convincing you that if you don't go on a hovercraft ride with its gargantuan 65% discount, then you aren't any kind of human being worth their salt. It's amazing. They offer everything - waxing, Ugg boots, clay pigeon shooting - if you wanna do it, they'll sell it at a very attractive looking price. I've totally fallen under their spell.

It wasn't surprising then that I signed myself and some erstwhile comrades up for the St Crispin's Day Night Bike Ride earlier in the year after seeing a deal on the site. The idea was to cycle 100 miles around London with a bunch of other chumps and take in the sights of the capital at night while simultaneously nailing some sort of physical test of endurance. With it's juicy 54% discount tied round it like some sort of money zapping bow, the whole thing seemed too good an opportunity to pass up.

The organisers of the route put it thusly...


"We ride 50 miles to the vineyard and then 50 back. It’s a long way but because the route is designed for vintage bikes and fixies it’s very do-able for the averagely fit rider."

Note the bit saying “averagely fit”. Or at least the bit saying “do-able”.  On this basis I ignored the part about the “100 miles” and took it as read that we could complete this task with ease - how fucking wrong I was…

The big day came about and our preparation for the nocturnal jaunt had been minimal to say the least. We caved into peer pressure around lunch time and picked up a couple of inner tubes, but fuck knows what a brother is meant to use them for. As a pair of beautiful rubber ear rings? A delicious hat in case of heavy rain? Who knows. As the afternoon turned into evening, the conditions were becoming increasingly treacherous - ice cold, blustery and not a little wet. We retired to the boozer to discuss the ride and our strategy. At this juncture, it was very basic -“DON’T DIE”.

After a few pints, some snouts and chips we went back to put on the ‘comfortable’ pants (to prevent saddle soreness), strap on the long johns, add some extra layers, have another beer and munch on some lentil pasta as a last hit of sustenance. Then off into the night we went...

It felt like I was staring into what was left of my very soul.

The two night time stops we made were total fucking bullshit. At the first one we were offered a cup of tea and a biscuit by some chirpy students. At the second, a coffee and a sausage roll. It was tempting to not bother eating the savoury snack but instead ram it down the socks to prevent frost bite setting in. But instead we gobbled it up and on we went, with plastic bags around the shoes.

We landed at the vineyard at around 7.30am having started on this madness a whole eight and a half hours earlier - the last ten miles had been the most horrific - riding in the pitch black along deserted country lanes with only the jumping red tail light of a rider up ahead to keep you going - it was fucking bad. It got worse - we were confronted by a 90 minute wait for a microwaveable curry in the ice cold morning. Then told that this was only the half way mark. At this point madness set in and talk degenerated into loud exclamations mainly featuring words like "cunts", "bastards" and "fucking cunts".

Two of us fucked it off at this, the 58 mile mark, and trained it back to Hackney and the sanctity of Wetherspoons. The most mental member of the crew went on to complete the ride. He must have cheated somewhere along the way. Must have...

TNGHT was the night 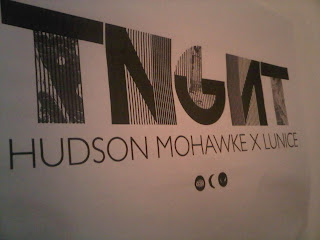 If you've got your finger anywhere near the pulse of contemporary dance, then your ears will be well familiar with the electronic thump of TNGHT, the new(ish) collaboration from Scotland's Hudson Mohawke and Canadian dude Lunice. The pair are the hype men of the moment and we went along to their recent London show in Bethnal Green to see what the freaking fuss was all about.

It's not surprising that these two are held in high esteem. Their live sets is a big look - the duo managed to steer nimbly around the more masculine moments of 'thugstep' and ensure they kept it low for the ladies but without losing any oomph. The pair pack a right old musical punch and we had a right old time - the only slight dampener was the fact it was a school night. Oofff...

Check out the lunch I had to counter the day after's hang... 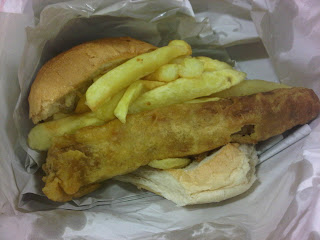 And do it while listening to TNGHT - this is what all the fuss is about...

Read my review of TNGHT's live show for Hyponik here 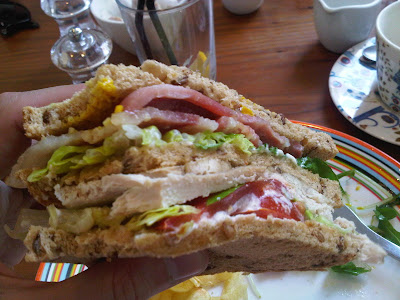 'Fun times off line' have been very much on the agenda for the '012 - but here's a little snapshot of summer's tail round our ends. As you can see from the images on display, it's been your standard foody tour of all things high and lowwwww...