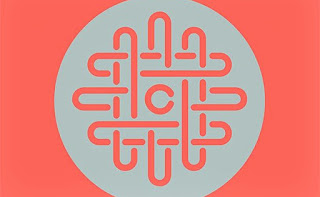 Dystopian futures are the subject of more books and films than you can wave an evil robot's finger at yet Dave Eggers' The Circle manages to construct one all freshly sinister from the dream reality of working for the ultimate Silicon Valley giant.

The job the book's main protagonist lands sounds wunderbar if your idea of bean bags, a great canteen, working on a 'campus' and sharing your every move is the one.

But the reality is a company acting as a nightmarish collision of Google, Amazon and Facebook conducting the ultimate invasion of privacy into their workers' lives. Eek, eek and eek again.

Akin to the Circle, our office at work has tried to create its own 'ultimate work life' space but reassuringly, there's nothing too sinister about the mess they've actually made. Instead, after a year or two, the reality is that the toilets don't work, there aren't enough lifts and every time you eat porridge in the canteen you get charged a new, weirdly different amount of dosh. Creepy watching perfection is someway off thank fuck.

Dig The Circle here.
Posted by Jimio at 07:31 No comments:

We were back on Soho Radio the other week with the ace Fifi Rong. If you've heard the latest Skepta album, then she's the first voice you'll hear while she's also worked with electronic legends Yello. Have a listen below... it's less gaff fuelled than usual...