Chowing down on the Big Apple 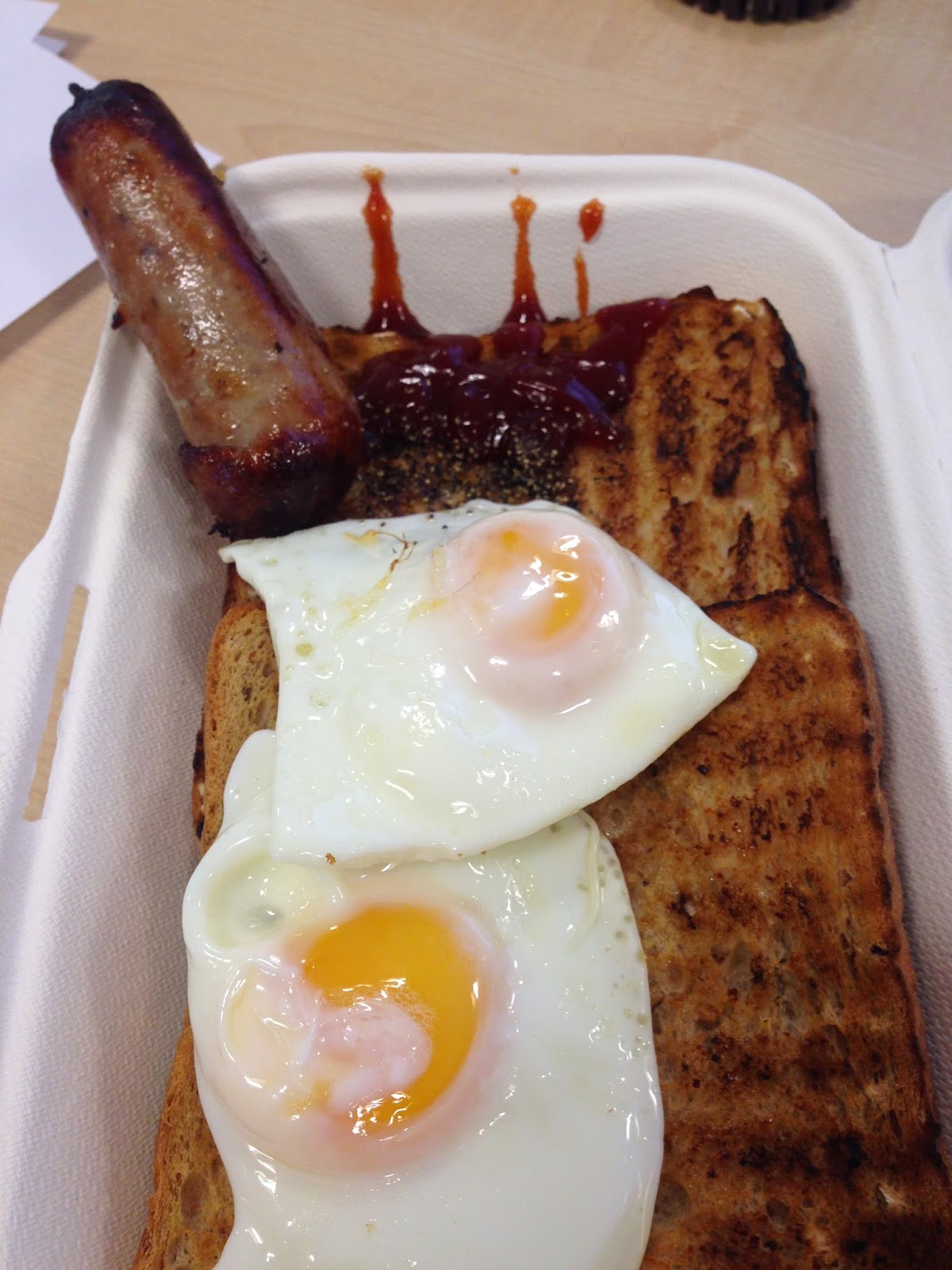 New Yawk! The home town of Peter Venkman, Jay-Z and backdrop to a million movie moments was the target of our latest jaunt across the high seas. This first journey to the Big Apple was powered by a work bonus and the flogging of belongings at car boots with the final aim of taking in three days of sights and watching my sibling run the city's marathon. 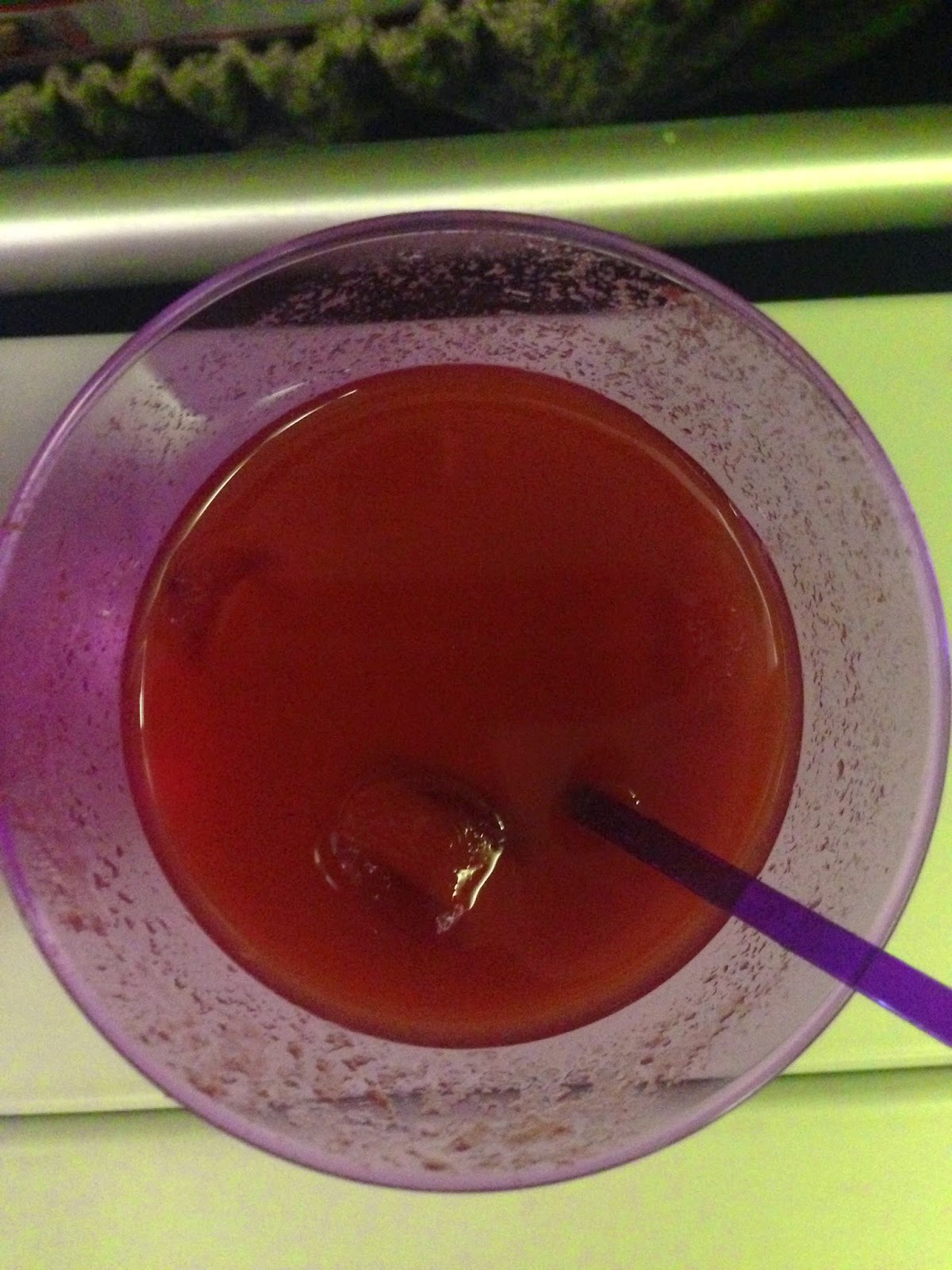 It began, as many classic holiday adventures do, with a red eye inducing taxi and a trip to Wetherspoons. As we were travelling in one of Branston's swanky aeronautical vehicles, we had free bloody mary's and Kate Bush on the stereo for the whole journey. A bout of heavy boozing was interspersed by trying to get revenge on the girl sitting in front of us who insisted on putting her eat as far back as possible. 'Who does that?' Her punishment was getting bits of salad strategically dropped into her hair. Seven hours later we arrived in Newark slightly drunk and classically confused as we attempted to work out how to get from one side of the city to Bushwick in Brooklyn on the other. Big up the seventy dollars and the generosity of one old dude who led us through the subway system. Without you we'd still be there. 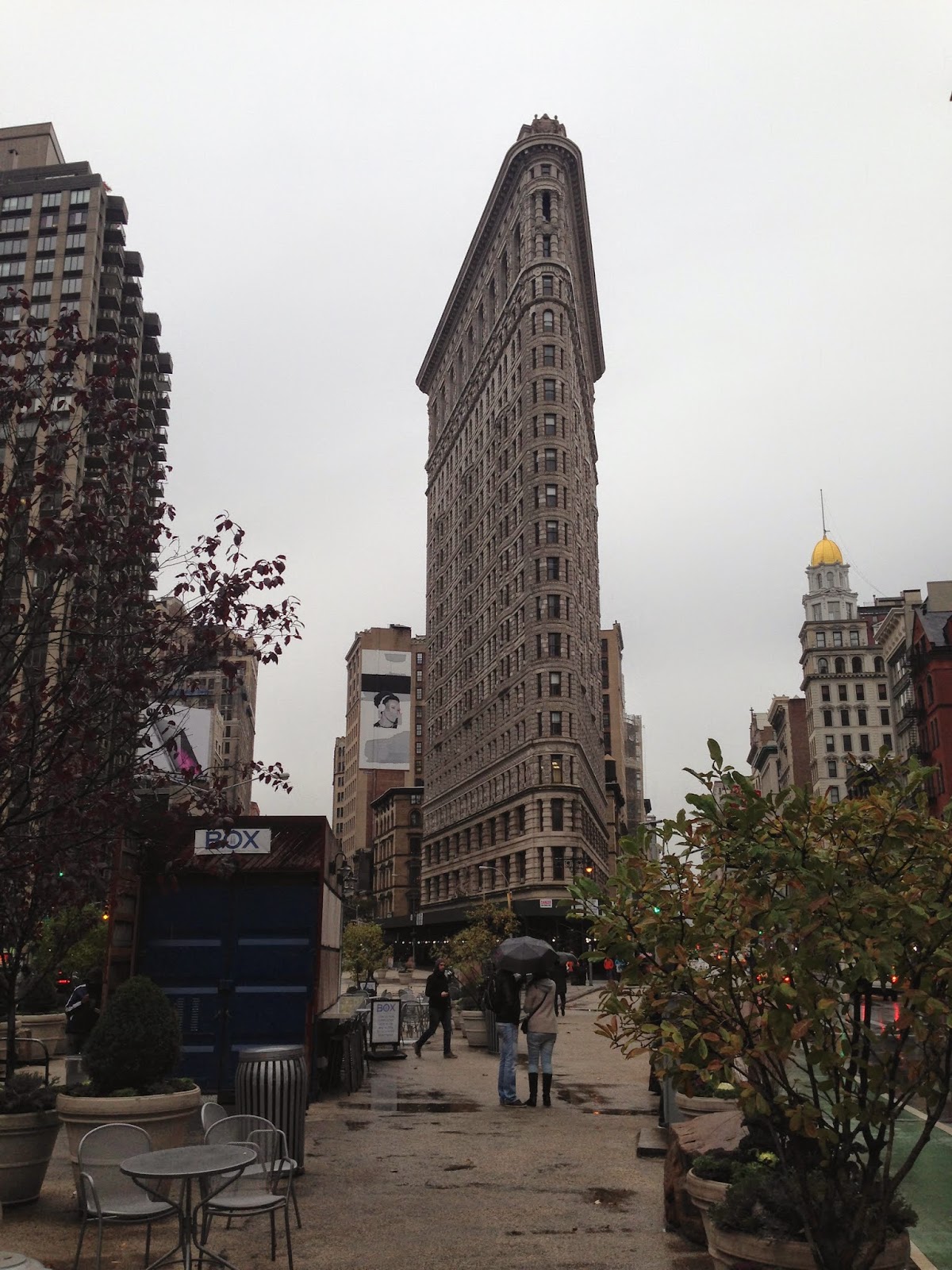 We were staying at the New York Loft Hostel, a place where the website's photos manage to do an incredible job of concealing just how tiny and dark the rooms are. But no matter, we only needed them to kip in as most of our time was spent skulking the streets like real life, grown up tourists. Bushwick, it turns out, was the London east end equivalent of Hackney Wick, all factories being turned into gourmet restaurants and big apartments. Amidst the businesses and factories still doing their hard clanking, were plenty of organic cafes and 'funky' boozers. Classic gentrified fingers getting stuck into urban pie. Our first evening out, coincidently also Halloween, was spent chasing the local booze scene rather than dressing up in outlandish and scary attire. The most frightening thing that happened other than encountering loads of bell ends dressed in silly hats was eating a pair of pig cheeks. Yum yum. 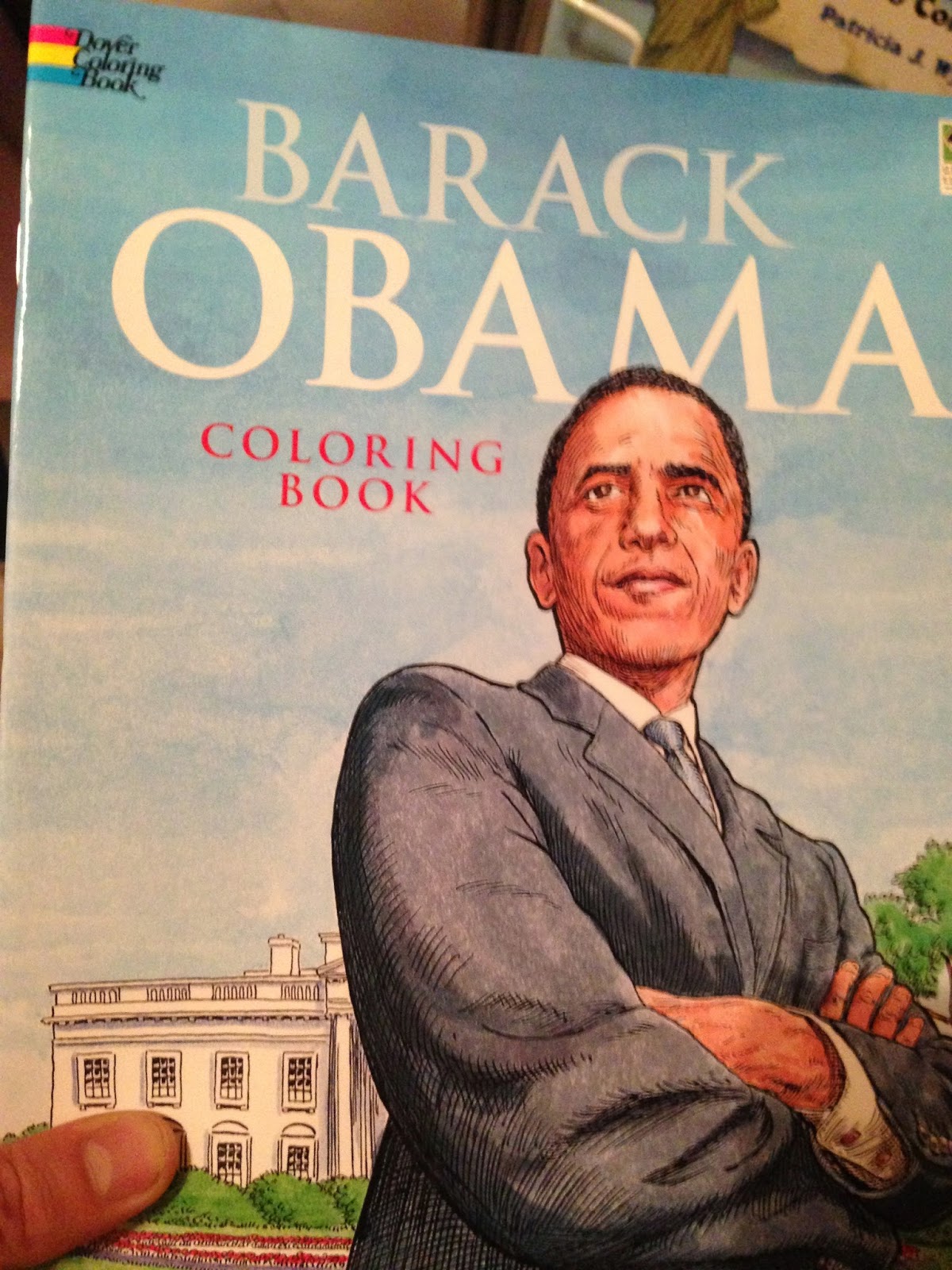 Our Saturday was a day of hoofing around Manhattan after taking the L train onto the island and slugging it out in the driving, biblical rain. It was pure vibes though as at every block or turn you walk into another iconic landmark that knocks yer bloody socks off pal. The buildings and ting certainly get your gob heading towards the floor as, if there's ever a place that makes you feel small, it's here. You're physically dwarfed by all these huge, shimmering skyscrapers and massive fuck off towers. We saw a whole range of shit to get your knickers in a twist including the Grand Central Station, the New York Public Library, Flat Iron Building and the Empire State Building before ending up in Central Park for a pint and a Jewish deli for a dock off butty. These sarnies are overflowing with cheap meat, Jabba the Hutt like in their dimensions and impossible to bite into in one go. Perfect. 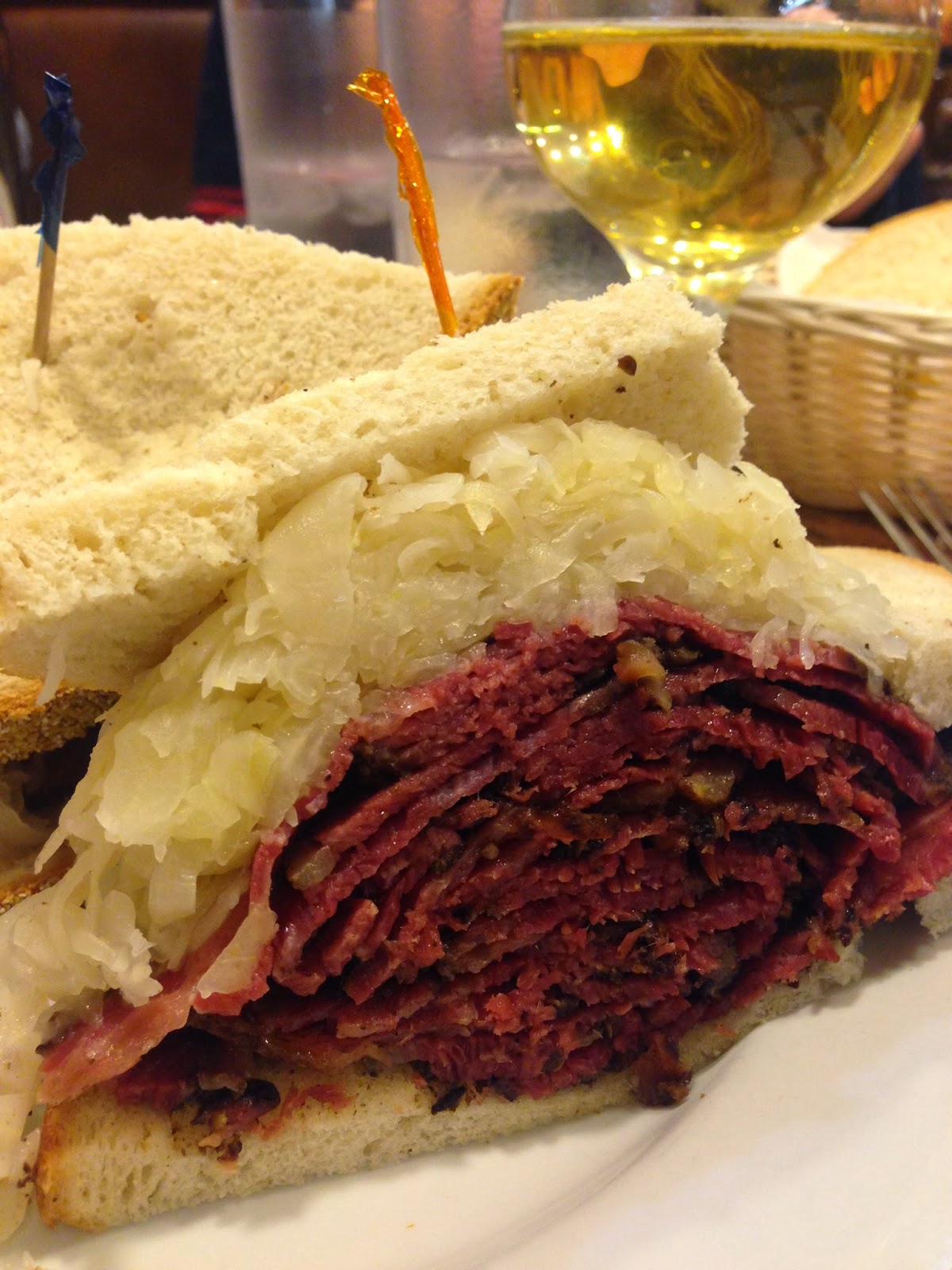 After a brief nap, we were out again, this time in Williamsburg. The Alligator Lounge was our home for much of the evening due to the cheapness of their ale, British electronic soundtrack and free pizza. We did go somewhere else but then came back to the lounge for what was our final (and possibly 12th or 13th) pint as it was by far the cheapest and least cuntiest place of the lot. Bit like the Marquis in Dalston. Why did we stay up for so long? Blame it on the jet lag motherfuckers.

Sunday was marathon day and like every time my sibling runs summat and receives a promise to go and be watched, we slept in and got there late. But, after a corn dog, a walk, a sandwich and some frantic phone calls, we connected and went for some terrible scran in a shitty eaterie called Route 66. Artichokes and cheese is one weird ass dish one should try and avoid at all costs, particularly as the shit they cook it in sticks to your gizzards like cement. But big up to the water man. He must have served us a gallon of that nice cold shit. Big up to the sis for getting round those 26.2 mile in a deep cold after getting up at 5am to reach the start. Scary, yet inspiring shit. The evening was spent n the delightful environs of Greenwich Village, checking out gay bars including The Stonewall Inn (old and beary) and the cabaret drenched Duplex (younger, less beary) before we went to Cafe Wah. This was an underground basement with a live house band doing everything from Adele to Stevie Wonder. It was so dark I spilt wax all down my pins. Standard. 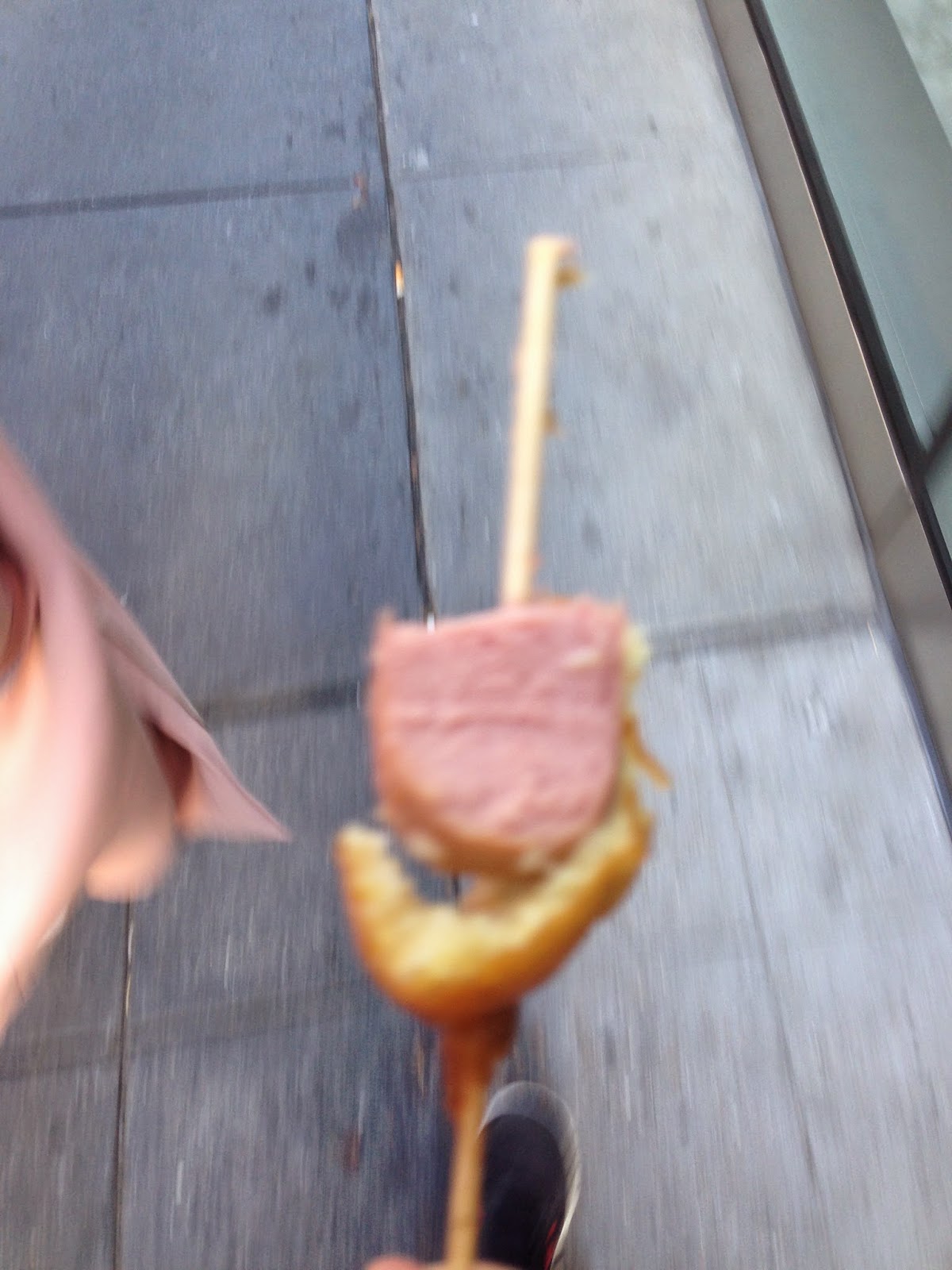 Monday was our final day on road, for one last great big round of sight taking in - Brooklyn Bridge, the Staten Island ferry, Ground Zero, Wall Street, scran in Tribeca and the High Line (a railway line turned rural path) all got taken down before some more pints and an early night in preparation for our another red eye return flight. There was much mooching, much dranking and much looking at shit and going 'wooooooo'..  Safe holiday vibes up inside the place... and props to the team. Big Apple we'll be seeing you again one day, hopefully once it gets a bit warmer... 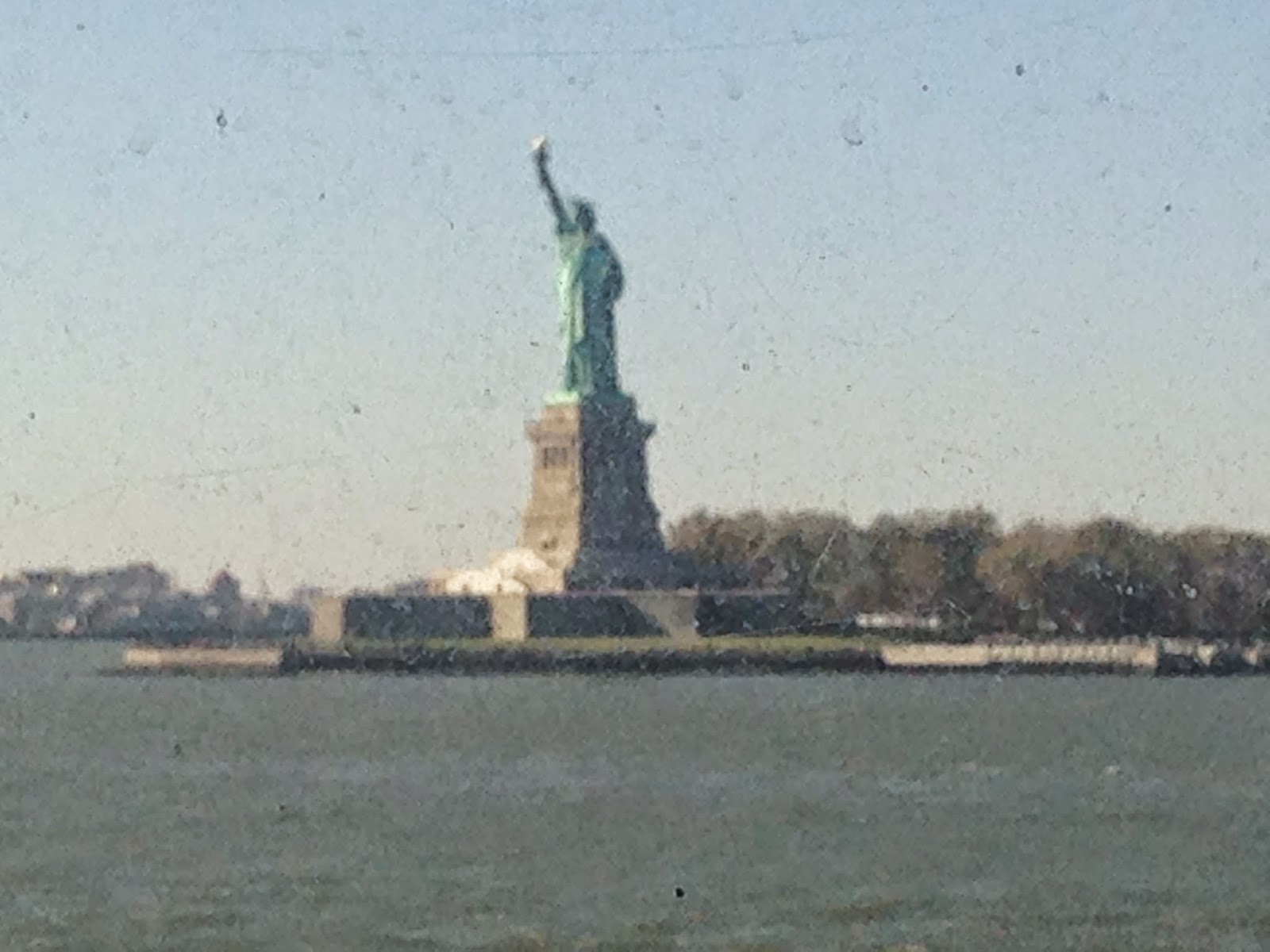 Head over here for a full Flickr set of photos of NYC buildings and the occasional meal...
Posted by Jimio at 05:53 No comments: