Having a chat with Genesis P-Orridge

Not many human beings have turned their very existence into a living, breathing work of art.

But then not many are as nuts, confrontational and as fearless as Genesis P-Orridge. Originally born as Neil (from Hull), he/she has pushed themselves to the limit in terms of what the human body is capable of in the search for some form of artistic truth.

Now aged 64, it's been quite a life and just before Christmas, I got the chance to interview Genesis . It was a peculiar, bewitching hour on the blower to him/her in their New York flat. Genesis spins a great yarn. Check out both parts below for the full run down...

Genesis P-Orridge interview Part 2
Posted by Jimio at 05:48 No comments: 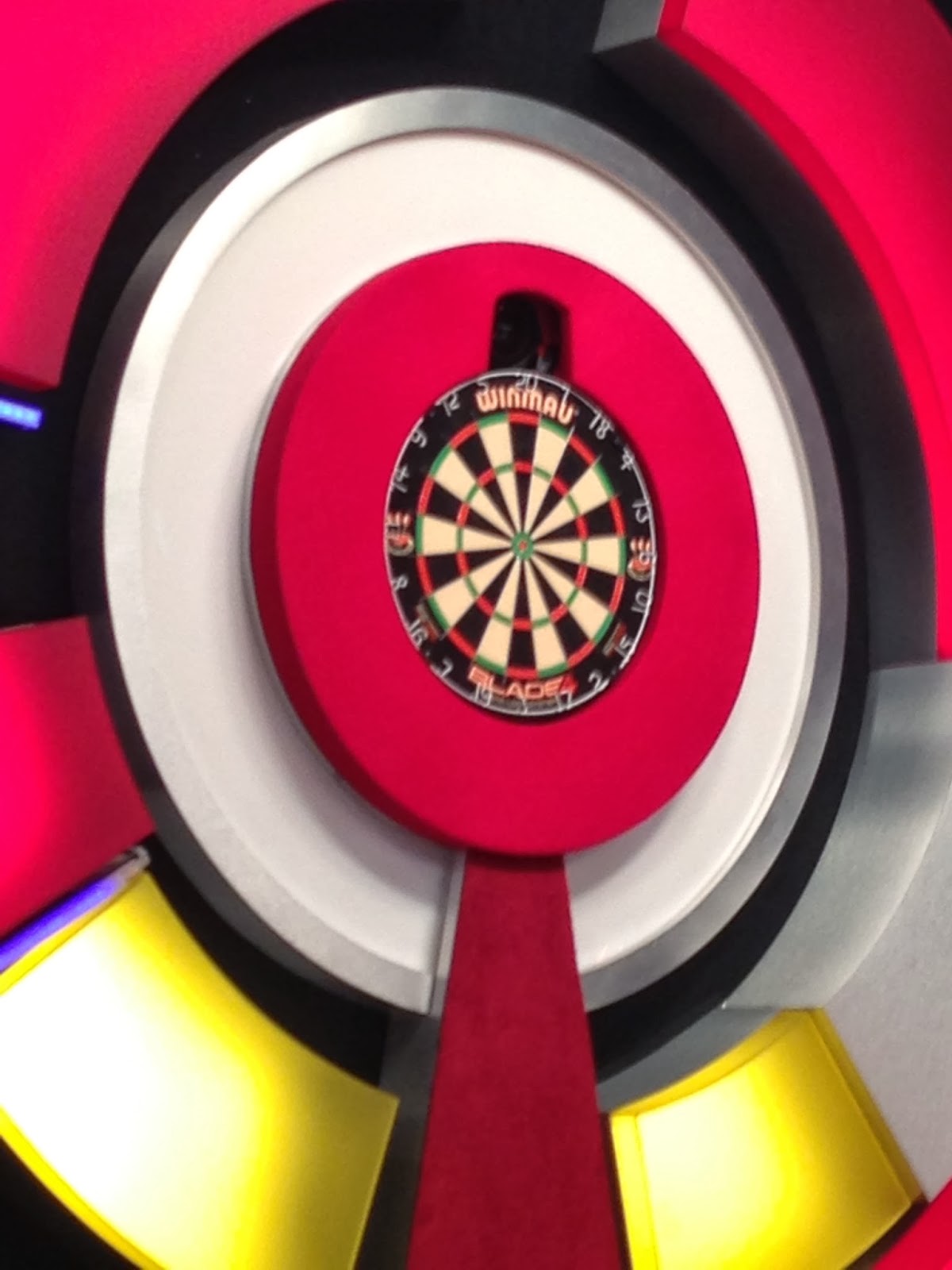 January is a depressing time of the year but imagine how bleak it would be without the darts at the Lakeside.

After the excess of new year (and our new year stretched long, long, long into new year's day which led to a bit of boo hoo), it always takes us a wee while to get through the paranoia and rediscover the unquenchable thirst for lager we enjoyed throughout December. But this year, on January 5 it was darts o'clock. We had no choice but to man up and get our drink back on. Not swilling ale down your gob and down your front at the darts is as unthinkable as walking past a Gregg's and not ducking in for a chicken bake. Outrageous.

We watched the highlights of the first day at the Lakeside to get us in the mood for our first round session on the Sunday of this year's competition. From our first viewing, Alan 'Chuck' Norris definitely marked himself out as a real contender. It was the combination of his winning way with the arrows, confident pot noodle chat and 'Asbo darts' case for his spears. He had all the makings of a star. A Saturday evening viewing also ensured that by the time Sunday morning rolled around, we were knowledged up, thirsty and ready.

Getting the train to the Lakeside felt like we were on the train to nowhere. The only clue that this was the darts express was a man dressed as a Saudi oil baron and the group of 'lads' in Teenage Mutant Ninja Turtle attire. Other than that, it was just a bunch of morose-looking blokes eating M&S butties with all the vim and vigour of a day at work ahead. Even when we disembarked in Farnborough, there was no way you'd think there was an important sporting event going down in the near vicinity. It was as dead as fuck.

After a taxi ride to the Lakeside complex, we bundled our way inside the Lakeside - it feels like a massive working men's club in the 'arena'. It's one massive boozer with a darts board on a small stage - but you could feel the magic in the air. We found our table and bought a jug of pissy lager which set the tone for the afternoon. We got carried away during the first match while watching Japanese pretender to the throne Hiroaki Shimizu against Christian Kist and downed the jug amid all the shouting and throwing of arrows. It set the quaffing pace for the rest of the afternoon.

While we caughy some serious arrows, the bits in-between the matches were almost as fun as we sought to meet some of the 'stars in the building. BBC presenter Colin Murray was caught outside having a gasper and requested that, while he would happily sign an autograph, he'd prefer not to have his photo taken smoking a cig. No worries Col - but sign my Ryan Gosling autograph book yo. He did. Nice one.

Martin Wolfie Adams stumbled into our path and was game for a photo, as was Robbie 'Kong' Green while we caught up some of the refs for a pose and a grimace. As we got more pished up, the subjects of our photos widened to embrace members of the shit-faced crowd including a woman dressed up as a character from Avatar, The Mask, a smoking priest and a collection of Oompa Lumpa's. By the time the final match wrapped up at 9pm, we'd gone cross eyed and become firm 'friends' with our fellow pissheads sitting at our table. All the gallons of Carlsberg made venturing into the nearby bar/club seem like an amazing idea. This was where the drunker contingent of the crowd (who must call Farnborough home) stumble about drinking as much pissy lager as they get in their gullets without passing out or getting in a ruck. We left after one of the Oompa Lumpa's (from Brum) announced he was a military man and had killed some 80 men. His faintly depressing words sent us off in a taxi to our nearby Premier Inn on the other side of Farnborough. But neither of us can remember getting into. The next day I woke up farty, bloated with half my memory, a dry mouth and an overwhelming feeling that we'd been part of something truly amazing. That my friends is pure darts...

Running tings in the London Marathon

More talk, more action has been a maxim round our way for some time after we got sick of chatting big but never following through. The ultimate bit of action (without jumping off a cliff or shooting someone in the ass) is to go out and run the London marathon. So this year, I'm following in the illustrious footsteps of Gordon Ramsey and Katherine Jenkins, strapping on the short shorts and giving it a fucking go.

As anyone who's been following my behaviour vicariously through this blog over time may guess, I've been hungover for about 20 years so this could be the end of me. Fingers crossed I live to tell the tale as runners who die probably don't get to donate their money to their charity of choice. And it would be a real shame if the £1,500 I'm hoping to rustle up for Kith and Kids doesn't reach them.

Kith and who you say? Not 'kissing kids' (although that's unfortunately how it sounds when you tell people).  Well Kith and Kids do amazing work supporting young adults and kids with a learning disability or autism to overcome their social exclusion and learn new skills via weekly clubs and projects.

You can check out more of their business on their website here;

I've been struggling in to the Sunday clubs with a hangover for the last couple of years as well as kicking a football with their soccer team so this feels like a good way to thank them for all the vibes from up in Tottenham.

Want to donate and help me raise the dosh? Nice one - click here and visit my Just Giving page innit... 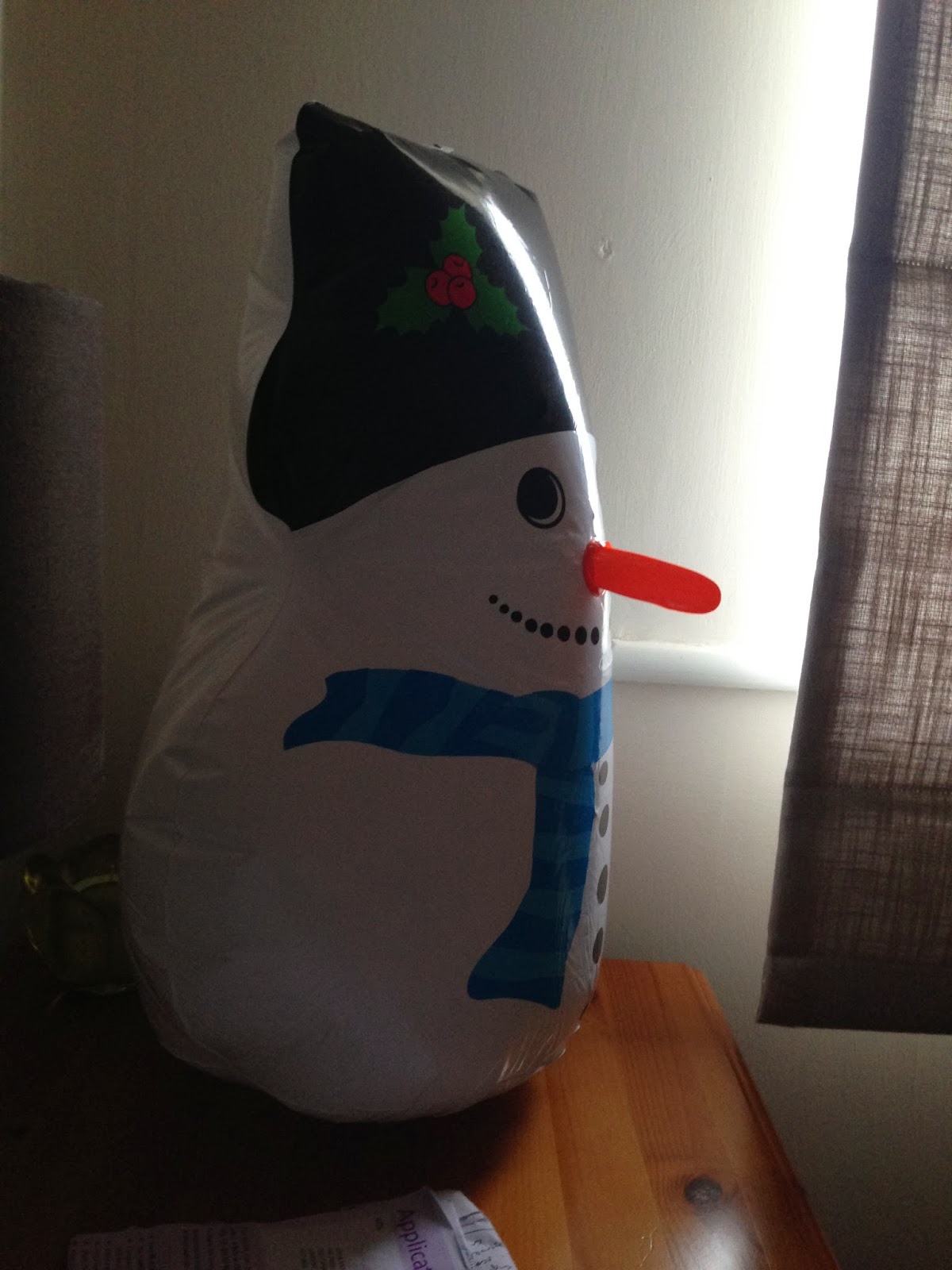 Oooh hun - Christmas is a magical, frosty, liver killing time of year. You're constantly encouraged to drink at every opportunity and if you don't have five courses of whatever it is you're eating, then it's frowned on and you're a fucking little prude.

November is a time best spent battening down the hatches and ensuring all your trousers are elasticated of waist so they can take the extra pressure in December.

2013's Christmas time was no exception to previous years in the binge drinking/eating stakes. We were out far more than we were in. But it really is a pleasure to go through the final working weeks in the run up to the big day taking long lunches and constantly being either pissed, on the way to being pissed or getting over being really pissed. At times it was painful. Very painful. It was great to reach Christmas in one piece in order to have some proper shut eye and a slight respite before it all kicked off again in time for new year. Ouchy wouchy...