Kode 9 gets his kicks on 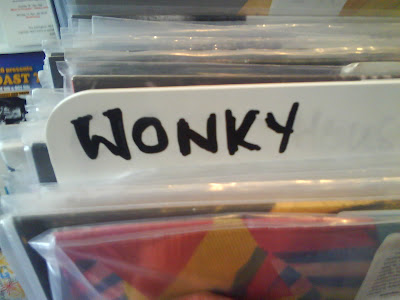 June was mainly to do with embracing the great outdoors and the lesser great indoors. It's sweaty inside so reviewing tunes has been accompanied by massive amounts of clammy 'dab'. Suffering business...

Despite the heat, I've been keeping the quill flowing as hard as possible. Kode9's DJ Kicks mix tape received my wordy appendage for Resident Advisor which you can find here. And Horse Meat Disco's latest compilation on Strut over here.

For Fact I'm getting on a proper UK funky and techno tip. All these below have got a light dusting and all worth letting your guard down for...

Scratch DVA played at a recent Rough Disko in Sheffield and blew us away. His latest EP - New World Order - is suitably nuts for a man who wears two pairs of specs (the other on a lanyard natch) and tracksuits.

You can climb any mountain... 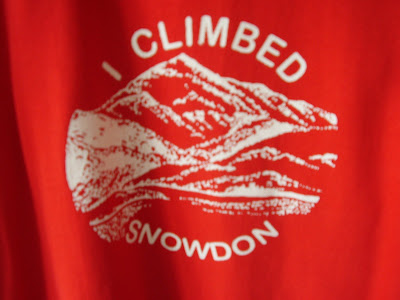 Snowdon is a fuck off mountain in Wales.

It's right big. One of the biggest in the UK, once you've found it amongst the clouds, sherpas and mounds of Quechua outdoors clobber littered round its roots.

One half of the KLF, Bill Drummond, wrote about how he climbed it in his thickly bound red volume, The 17. In the back of my mind I imagined he strode up all 1,085 metres to gain some sort of 'clarity'. Which I thought was a mildy inspiring way in which to seek incite. If you get to the top of a cliff and you can't see where you're going at least literally, then you may as well jump off. Or you'll at least fall off.

So taking this wizened scouser's word as given, and not trying to be a total tree hugging bastard about it, June seemed an appropriate time to follow in his footsteps and get the fuck up that hill. Following the uphill mooch I re-read the passage - turns out my memory was completely shooting up the wrong hole. But the whole event made for a pretty big jolly.

We set off bright eyed and bushy tailed on Saturday morning from Euston armed with World Cup top trumps, M&S beer and a smattering of savoury eggs. Our journey to Bangor in North Wales was text book. We shrugged off a lonely gap year student (we're all lonely mate - talk to yourself like the rest of us), missed the connection in Chester and spent a wonderful two hours getting burnt consuming Stella tops in the nearest 'spoons.

Onwards we went despite a minor/major choking incident involving a savoury egg on the platform of the station at Chester. There was a wheel barrow and a great deal of OTT wheezing. Nonetheless we were in Bangor within sharpish - and the preamble to the mountain was wonderful. Yer classic Welsh fare for din dins (i.e a Greek dish known as 'the Stifora' aka 'the stiffy'), tequilas, biftas in the street, juke box pillaging and a stella with a coca-cola top. It's our fancy London ways don't you know. We then returned to the B&B to break the golden rules of not exhaling in the room and respecting the right of our neighbours to get a decent night's kip.

Sunday started as nearly every Sunday does. An intense hangover which feels like you've got weevils in yer bowels and spiders behind yer eyes. Even four eggs, a scone and a wholesome mooch along the pier didn't make inroads into a 70 quid beer-based come down. Thoroughly constipated by the fry up, we hit the road to Llanberis with Snowdon looming ever closer.

After a brief stop at the legendary Pete's Eats, where the vibe was very much waterproof and practical, we liaised with our kayaking instructor Dan. Dan. Oh Dan. Dan was (and probably still is) a fantastic man. I'd never been kayaking before. It involved wearing a wet suit (, paddling about in circles, cooing at ickly lickly ducklings and inevitably falling in and shouting for help. Dan!

Next stop on our travels was Ben's Bunkhouse. Run by a man (surprisingly and somewhat disarmingly not called Ben) we made small talk with his wife (who we had no good reason to believe was infertile) and menagerie of small animals. Cats and dogs mate. The evening descended into shit chatting in the local boozer - food, pool, booze and shouting about milking Dan's wife. I felt for her. Although if Ben is one of the few people who read this, I didn't feel her. No way.

Snowdon itself was on Monday - after a frantic sandwich making mission with a head full of lager fumes, we headed up that there mountain prepared for the worst - the ever changing weather, the steepness of the hills, the rutting shepherds. Certain members of our party we even packing waterproof trousers. Yep. Like a twat.

The walk itself was sweaty as you like. And the top was sweet as you like. With helicopters buzzing about, the ever-changing weather and old ladies staggering about cooing (I presume they'd got the train) the vibe was apocalyptic in the extreme. Pencils were bought, sandwiches necked, one of our crew discovered he was shit scared of heights and the weather changed every five seconds.

The rest of the trip involved going down, drinking more beers and playing shithead until it was time to go to sleep and fuck off home back to the smoke. Although whether it's made owt clearer is a moot point but it does turn out mountains are allright. I'd recommend them to anyone.

P.s I did take a number of pictures to accompany our journey. However, while shifting some dead weight on Tuesday and going through the images from the weekend with some glee I dropped said phone down the shitter. Cue diving in for phone but it was too late. It died in my arms like a scat loving R2D2. What a way to go. Sorry phone.
Posted by Jimio at 16:22 No comments:

Rusko has a fucking daft haircut

Rusko is a Leeds-born, now LA-based dubstep part responsible for exposing the world to the skronky skronky business.

He's a preposterous looking character who makes music almost as stupid as his style. Stupid, lairy, foolish and occasionally an extremely guilty pleasure. His new album is kinda worth a punt if you're already feeling what he's produced thus far. If you haven't, then there's a distinct possibility you'll think the whole endeavour stinks.

And here's my review for Resident Advisor

He's now working with Britney Bears and MIA. The sound of one man attempting to polish as many turds as possible for the mega buck? Or a producer looking to push the pop envelope until it bursts into a new dimension?

It's big and it's called Kavsrave

It's not often you hear something so on point you fall for it immediately. Like straight off. I feel like I've been listening to this new single by Kavsrave all my life.

It's on Jackmaster's Numbers label and is pure class.

Check it here and a little review I did gushing all over it like a little boy meeting his first ice lolly.