The first Bank Holiday mash up 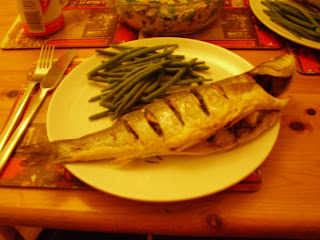 Word up. At last the Bank Holiday weekend season is bearing down upon us like a pirate with a cutlass made out of booze.

It can be an extra day to put some shelves up, polish the dildoes or make sure the allotment weeds are aligned. For us it meant an extra evening of getting drinky with it.

Thursday was the wife's birthday bash which saw our crew crawl across east London and stay 'out' (not necessarily 'up') til the alarm for work went off. Friday and Saturday were more domestic if no less abusive affairs. And Sunday was the final nail in the coffin of sanity at Bugged Out!'s All Dayer. Located in the mildly salubrious environs of the Old Queen's Head in Islington, it was a day of strong looks and even stronger stares.

When we arrived at 4ish there were a number of trendies eyeballing each other waiting for tings to the party touch paper to be lit. Kate Bush, Toto and Fleetwood Mac cut through the comedowns and wrapped the room up in a placenta made out of 80s soft rock. Then Dan Beaumont from Disco Bloodbath played this...

...and everyone went ape.

As it was still light outside someone shut the windows and Johnno Burgess wheeled out his yacht rock selection which encouraged a brace of enthusiastic jigging. Apparently the secret guest was Mylo but by the time he must have appeared we were long gone. We ended up in Macdonald's in Bethnall Green. I had my camera on me all day but neglected to take any piccies of the Bugged Out! chaos. For some reason I did snap these beauties of the toilets in Maccy D's. I can't remember why... 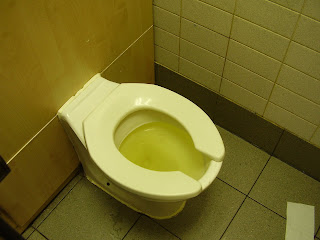 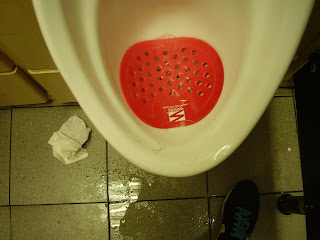