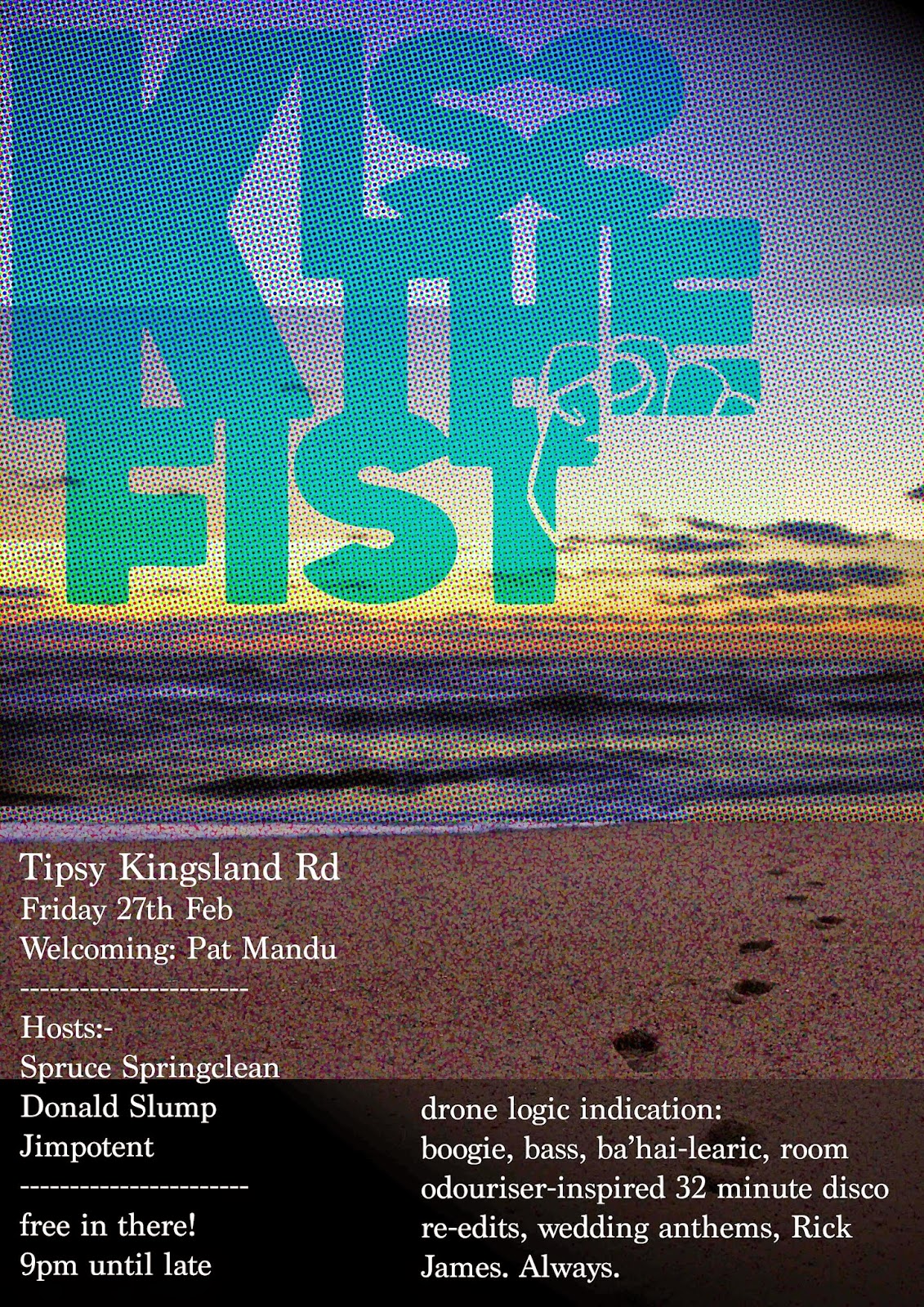 We're back - here's the skinnnnnnnnnnnny...

'We’ve come here to kick ass and discover the true meaning of the word balearic. And we're all out of asses to kick...'

It may be bleak midwinter but the Kiss the Fist Allstars DJ squad will be keeping it totally tropical when they land at Dalston's Tipsy on Friday 27 February. That's right - while your hands are feeling frosty from the annual seasonal retreat into meteorological horror, you'll be able to heat up your ears and limbs for a wild night of turntable driven tomfoolery from the infamous crew.

Previous outings have seen KTF bring their in sound from way out to the capital as well as further afield party spots including off-Sonar Lex Record parties and Danish weddings. They may never have been to Ibiza but they've literally journeyed all over east London risking calluses from the kilos of disco, lengthy 12 inch re-edits and popper fuelled hi-NRG anthems they carry. Expect drone logic from the likes of Heaven 17, Emperor Machine, the Doobie Brothers, Eskimo Twins and Rick James. This session will see fellow Tarzan Boy aficionado Pat Mandu join Spruce Springsclean, Donald Slump and Jimpotent as they continue to look for the one thing that's kept them together - their ongoing quest for the balearic beat...

Facebook event ting soon come - Get to know our top flight guest via his SoundCloud and MixCloud zones... We'll be rolling like..