We can help each other - can we find a way Eskiboy? 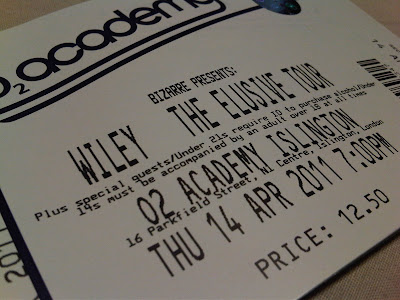 Wiley is a real nutbar. If you have the pleasure of following the man on Twitter, you'll be aware of just how fucking nutty he is. This dude is a bone fide pop star with a string of top ten singles lying in his wake. But he cannot stop sparking on Twitter about philosophical concepts ranging from toast to trust. This mixture of real-time chart success and real-time talk makes him a real-time hero. There aren't enough 'artists' smacking the charts around the chops with big singles while still being totally bonkers. I love him and can't get enough of his tunes and the drivel he spouts. 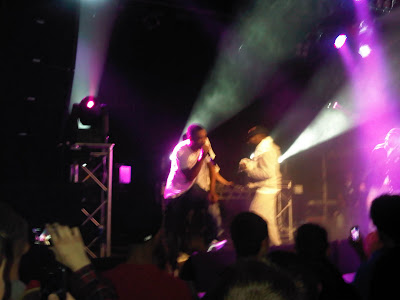 The man maybe mad but he has 'nuff tunes. 'Nuff parking. We went down to check him oot on his recent Elusive Tour, which has been rescheduled more times than I've had fry ups this year. But the talent is a temperamental beast - this is a dude who sacked his manager, left his label and gave away hours of tunes via zip file last year. Earlier in the week tweets were talking of sacking the tour manager but thankfully, when we got into the venue a little bit pissed up, he bounded out on the stage with a mike and no manager in a headlock under his arm. 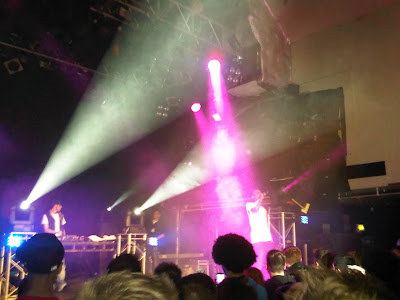 A Wiley gig itself is fucking loud - backed by a child on the decks, the music was all taut and wonk, full of grime and ear shredding in volume. The ciders, the sea of camera phones and the hits made for an evening of total high energy. JME did his muscley Nando's loving ting earlier, prompting us to shout 'Where's yer fox at?' Plus the encore featuring Jamie, Jammer and Skepta was off the bloody chain. His album drops in the summer but this mint video came out the day after (it's streaming on the Guardian's website). Big tings? Big tings indeed.