One man's shite is another man's unicorn 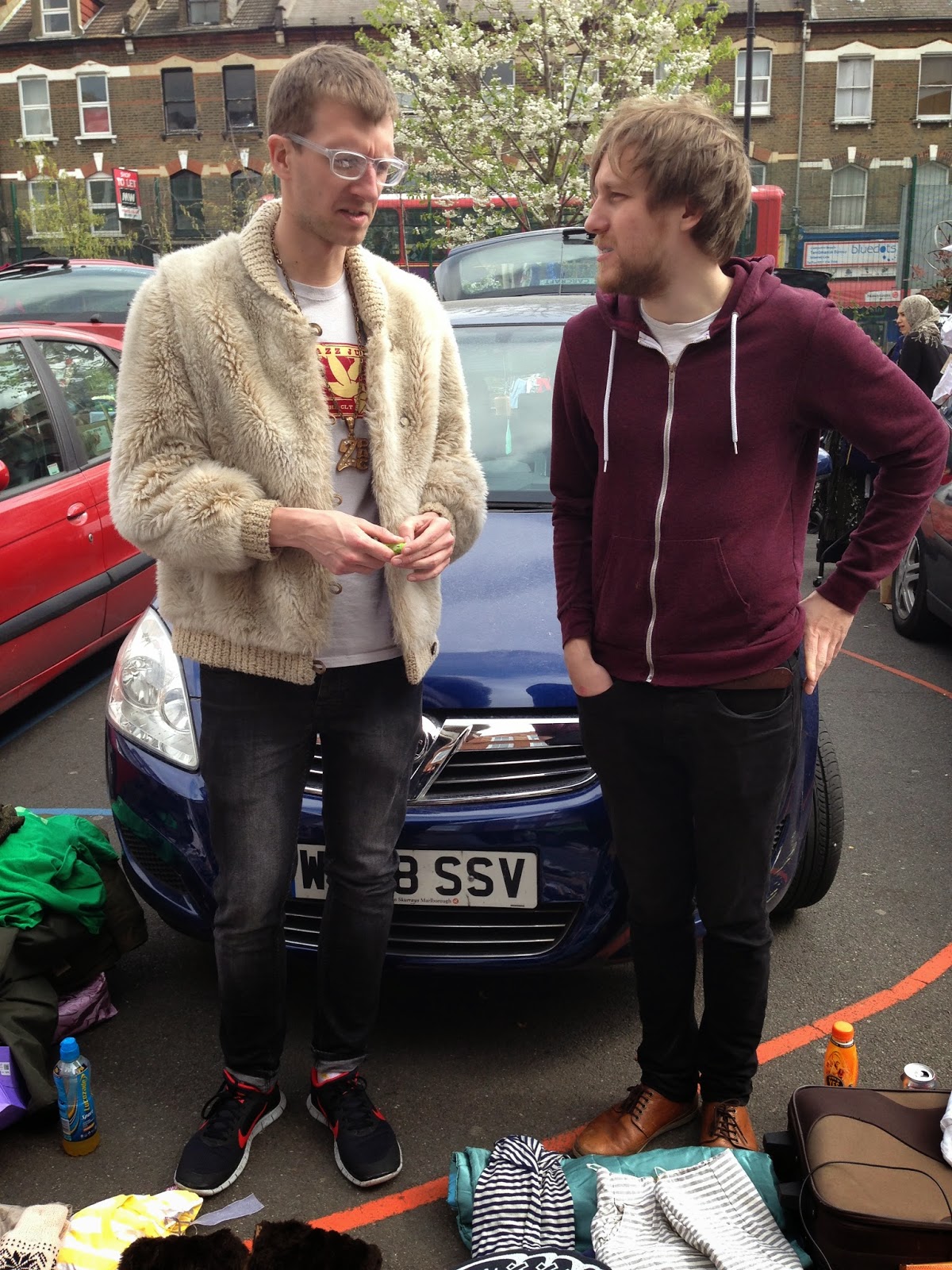 If you have a peak out our bedroom window (if you can get to it through the mounds of unwashed undies - my unwashed undies), then you'll get an eyeful of the Princess May school's playground in Dalston. During the week it's highly likely the screams and shouts of the kids will wake you from your hangover. However, at the weekend, it's the rumbling of the car boot shaking itself to life which provides the soundtrack to flayling about looking for a glass of water and the ibuprofen.

The car boot has been a constant since we've lived here. Most of the better items in our flat, including clothes, shoes and posh pots, have the origins in the cast offs of other people. Many of the shit DVDs were picked up from an old dude with a 4x4. I even bumped into a good mate from another part of the country who I hadn't seen for nearly ten years in the car boot. It's a right special place so the notion of having our own pitch to raise some charity dosh was one we took to with thick dollops of wild gusto.

In keeping with the other constant since being here, we went for one bev at nearby boozer the Marquis of Lansdowne the night before and ended up having a total skinful with some strangers. It meant only five hours kip until we had to drag ourselves up and into the queue for the booty sale. But no matter. The endeavour still turned out to be life affirming in the extreme. It just so happens that certain people really want other people's shite. We sold millions of CDs, plenty of clothes, books galore, organic coat hangers, and bits of tat that no one in their right mind could use but still couldn't resist. Hotel slippers at the competitive price of 20p. A ring - for you mate 20p. Our arguably wayward way with a haggle almost lead us to flogging a piece of jade possibly worth £100 for a couple of quid but other than that it was a triumph. We made a whole load of dosh, plus the burgers are to die for. What are you waiting for? Get yourself a pitch!

We went to check Despacio at the Roundhouse back in March on a Friday night and as good as it was, it wasn't the definitive clubbing experience promised by the £30 price tag. Or the hype.

For much of the night, it was some old slightly old dudes playing occasionally inferior, yet slightly more obscure versions of balearic classics. Yet, when it did hit lift off, the peaks were pretty epic and rolling. This wicked mix of the evening has emerged and arguably sounds better than the night itself... Crank it right up...