Shangaan Electro know what time it is 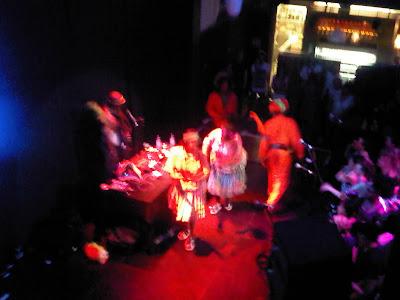 If ass shaking is an art, then Shangaan Electro would be the dancing equivalent of Picasso. The music made by this South African group is perfect for wriggling your booty to, albeit at speeds which could result in your hips coming clean off if you get too carried away - Billed as 'New Wave Dance Music' these digital, electronic sounds are guaranteed to make you sweat, especially those which move at the higher end of 180 bpm. When they played at the Rich Mix in Bethnal Green the other week, Nozinja, the producer and man at the healm of this outfit, claimed theirs is the 'fastest music in the world'. The thick, fuggy stink of sticky BO that surrounded the frenetically dancing crowd on what must have been one of the hottest days of the year suggested that his statement could well be true. 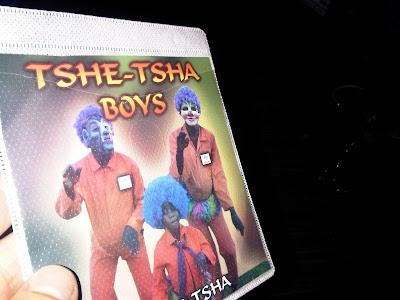 The collective were riding a real wave of hype when they landed in East London the other week, fresh from showing Sonar how it goes down. And the hype meant that Rich Mix was packed to the rafters when they wriggled on stage. The Secousse Soundsystem had got proceedings warm from the off with some electronic, housey stylings and this prescription of sound, plus the £4 pints of Stella Black, meant the room was well lubed up by the time the main act appeared.

Shangaan's live flex consists of Nozinja as the ring master behind a pair of decks - Then upfront we have four dancers, each taking it in turns to shake their bits to the sounds of the Shangaan hits. And shake they did, to ever increasing cheers of rapture from the crowd. We'd never seen such moves. By the time they'd got audience members up on stage to attempt to ape the vigorous shape throwing agwaning up on stage, the cheers were almost loud enough to drown out the sound of their beats. Whistles, samples, Guantanamo Bay style boiler suits, terrifying masks and extreme pace is their ting - Catch them if you can...

Under cover of the night

Big tunes have been a-popping over the last seven days like acne on a pubescent's face. Neon Jung is a mate of ace techno dude Lone - it's weird head music.

I've had a little slurry of business for Hyponik of late - check 'em below... My favourite is the Kuedo - it's proper wonky businesssssss produced by Jamie Vex'd... 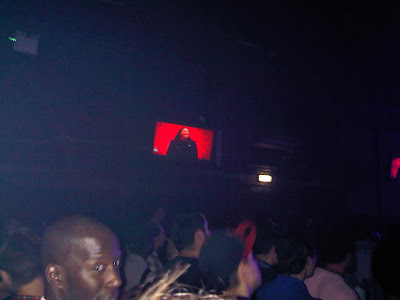 Big Boi's album has been a big look round our neck of the aural woods for time - As one half of Outkast and now as a producer and rapper in his own right, he's got a serious rep for tossing out tunes you need to file in the cupboard marked 'large'. So we jumped right on board when news of a solo London gig popped out of the internet - The location for the showdown was Heaven near Charing Crossa and the flex was turntables and microphones. In shades and tracksuit, he bounced through a bevvy of Outkast classics and the biggies from his new one. I missed Shutterbug due to incontinence issues - the fatal error was asking for the now traditional 2.5 pints rather than just the one. It's to save time in busy bar situations with the extra half thrown in at the beginning to give the discerning drinker something to do while waiting for the additional pint to be poured. Not only does it save time, but it gets you 2.5 times more hammered and in an even faster fashion than one normally does. So by the time Big Boi concluded tings, and after a slightly cringey invitation to the ladies in the house to dance on stage with him and his crew, it was before ten pm and were shitfaced. Cue going back to a gaff and cramming as much ganj and lager as possible into our minds. Cue feeling like the world was going to end the following morning. No pain no gain... 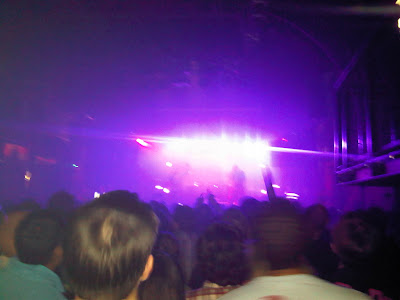