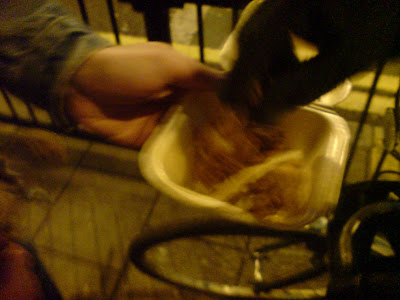 Intoxicating experiences are ten a penny round here but when we visited the Pig’s Ear Real Ale Festival in Hackney, drinking reached another level. The do was a five day celebration of all things ale related and hosted by beer bores or saviours depending on how much you like yarns and or morris dancers - CAMRA.

The vibe was full on sausage fest - on entering we were faced with a room full of portly men in short shorts. I’ve never been in a room full of so many people which felt so lonely. This is where the single man goes to die. A twisted future vibe I don’t think I want to contemplate too much.

The crucial aspect of the festival was the beer - never have I tasted such a variety of potions and brews. We kicked off proceedings with a half of the Dark Domination. Palatable and none too heavy. Then a dose of Arthur’s Ale from the Avalon Brewery - a Tolkien-esque number which tasted like Tolkien himself might do at this stage - stiltony and a bit off. Our third had the flavour of chronic while another resembled frankfurters which one member of our party spilled down himself.

After a few halves, we took down a delicious cheese sandwich and began hobnobbing with the men in charge of what could have quite reasonably been one of the largest pasties in the entirety of the UK.

The vibe rapidly fell apart once we started hitting the plus ten per cent ales - including a Night on Mare Street - a self reverential local Hackney drank. Skittles and one Oliver Reed t-shirt purchase later we found ourselves in Wetherspoons. It ended in the flat shouting at each other sometime before 2 in the am. The next morning was one of the worst I’ve enjoyed for the entirety of 2009. Which is saying something. Serious. 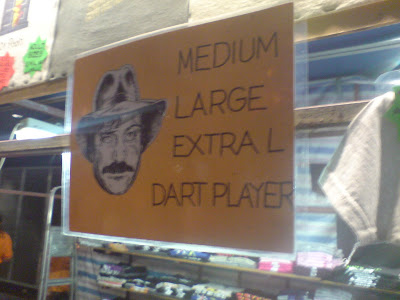 The tee-shirt stall. The CAMRA crew sure can laugh at themselves 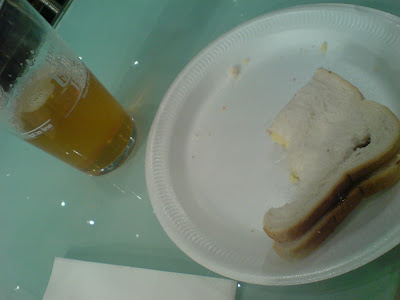 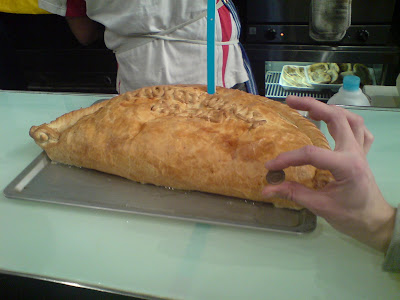 The biggest pasty in the world? 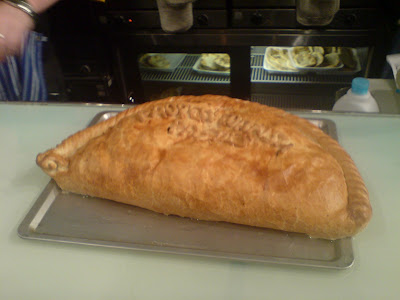 Encore for the pasty - It's beautiful enough to marry
Posted by Jimio at 11:05 No comments:

Mickey Rourke and me 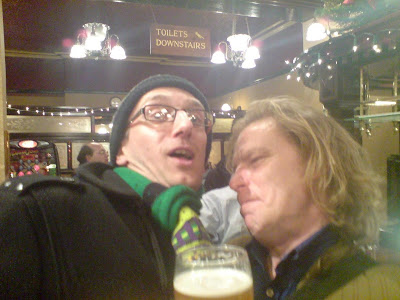 I still can't be sure whether this is Mickey Rourke or just an alcoholic who gave a convincing impression. I guess I'll never know.
Posted by Jimio at 10:49 No comments: 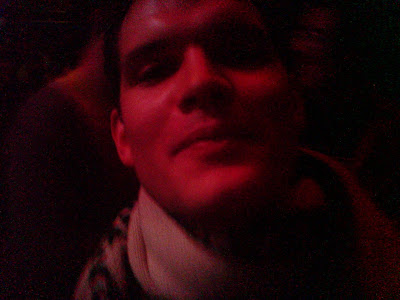 Birmingham crew Bigger than Barry just might have the sharpest name for a club night in the land. The Barry in question is Barry Austin - once the fattest man in the UK. Claiming to be bigger than him can mean only one ting - you reckon you’re colossal. This poor dude has subsequently slimmed down since his bigger days - by comparison the club night named after him has only become fatter, spreading its weight out of Brum and squishing Leeds, Sheffield and even Ibiza. Big.

We ventured out of the capital up to Barry’s original home of Birmingham for the Major Lazer do. One of the advantages of attending Barry’s shindig is the venue - the Rainbow Warehouse is a suitably mucky location and gives off an intoxicatingly strong vibe. So strong that it works its magic before you’ve even entered. When we spilled from the taxi outside the hoedown signs of disarray were in their plenty. One young man was rolling around in his own sick. It must be a Birmingham ting.

When we entered hype man of the moment LVis 1990 was bouncing away behind the wheels pushing his emaciated bassline house sound. Proper rave music which wear boots for the jungle with enough rubber and meat to give you a solid kicking. He terminated his performance by dropping Inner City’s Good Life and hopefully followed it with a hot meal. The man looks like I imagine anyone dining out on the George Michael diet of Starbucks and weed might. Scrawny.

Major Lazer were up next and slightly disappointingly only one half of the blazer wearing DJ and production team had made it. Diplo was representing whereas Switch was nowhere to be seen. I’m not sure where the nearest Wetherspoons to the Rainbow is but it’s possible he may have had his head under the taps. Who knows. Despite missing the drunker half, Diplo carried the show with a crack team of dancers racing through dubstep heaving and crunked up renditions of the Major Lazer album. Hold the line.

Post Diplo the whole thing disintegrated. Toddla T turned up, we indulged in more energy drinks and gave T-Willy the requisite ear bashing. Snakes. Post club the mash up continued into Saturday. We watched the Villa game and Airplane and ate some of the driest southern fried chicken I’ve ever consumed. 18 pieces at a discount rate. One of our party was so into it that he sucked the bones dry. Disgusting… 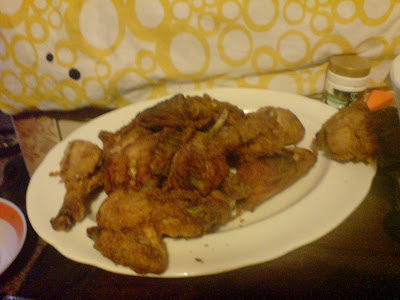