Annie Mac - Night of the Tiger 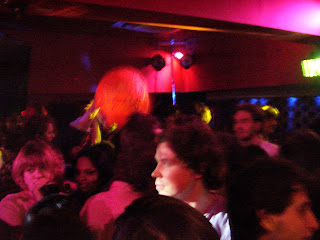 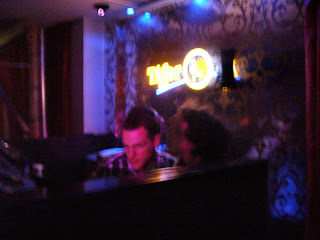 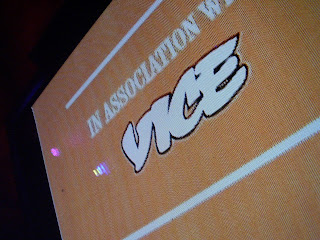 It's been a while bozos. But it's been a lot. Here's the first bit of January business we got oursens down to. Night of the Tiger in a poncey venue in London town... Here are the words. I-DJ will publish it at some point but here it is first. Standard.

With the recession finally confirmed it means even the most rampant of hedonists are being forced to tighten their belt. To provide an antidote to these credit crunched times, it was most kind of Tiger Beer to acknowledge the financial woes of the capital’s nocturnal warriors by throwing a free party.

Featuring the skills of Annie Mac, Tayo and new bass bin bugger Mumdance, Night of the Tiger was set in the horrifically tacky environs of Studio Valbonne. The awfulness of the locale was only enhanced by the night having the vibe of a Big Brother wrap party, but thankfully with much better, bigger and more banging beats.

The theme of the ‘Orient’ meant we were welcomed by ladyboys on the door, kung fu fighting graced the stage and fortune cookies were lobbed about with gay abandon. Horse Meat Disco’s resident tranny, Jonny Woo was the made up general of the Tiger-drenched disarray.

With all the extraneous fuss it didn’t appear that many people were bothered by the music but it was the sharpest thing about the affair. The soundsystem bounced with global bass from the get-go with Mumdance leading the charge dropping heavy joints from the likes of future heroes Duke Dumont and Radioclit. Annie Mac, looking every inch the globe trotting star she has become in the past two years, played it harder and more four-four while Tayo brought out a lorry load of bassline, inspiring a stage invasion and bouts of frenzied boogying.

By the time we left Mumdance was back on, the place was rolling with Tiger empties and the last few party people still standing were giving it some. As a snapshot of where bass is at, it was spot on – in terms of a proper party, a fake fur imitation. 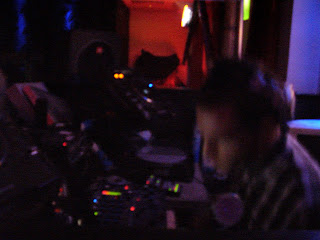 This is MumDance - Check his Ghetto Bass mix here for a unique flava
Posted by Jimio at 12:27 1 comment: