Uh oh. Yep it's happening again. Running. Myself and henchman Craggs are doing the Manchester Marathon in a few weeks and have decided that it might be nice to try and raise some money while we're doing it. Training has really upped the ante of late with the latest one at 20 miles. It makes the inevitable post run binge drink even more chaotic...

If you're feeling fruity or generous, here's the link - https://www.justgiving.com/JimandCragg - and here's the 411...

What's better than the sight of one bespectacled beanpole slogging their guts round 26.2 miles? The answer is of course: two bespectacled beanpoles slogging their guts round 26.2 miles. This year's Manchester Marathon will be a grudge match between Jim and Cragg to see who'll be first to fling themselves over the finish line and into the waiting arms of the St John's Ambulance service (or nearest Wetherspoons). Jim is the current Marathon Record Holder with a PB of 3hrs 52 mins, whilst Cragg is on the leaderboard with 3hrs 57 mins... Will we hold hands over the finish line, or spend the last miles trying to trip each other up to snatch the crown? Only time will tell...
Posted by Jimio at 11:38 No comments:

Plenty of musical business is keeping our pecker tight and stiff at the moment. We can't move for bombs. Look out...

Railing against the curse of the man bun 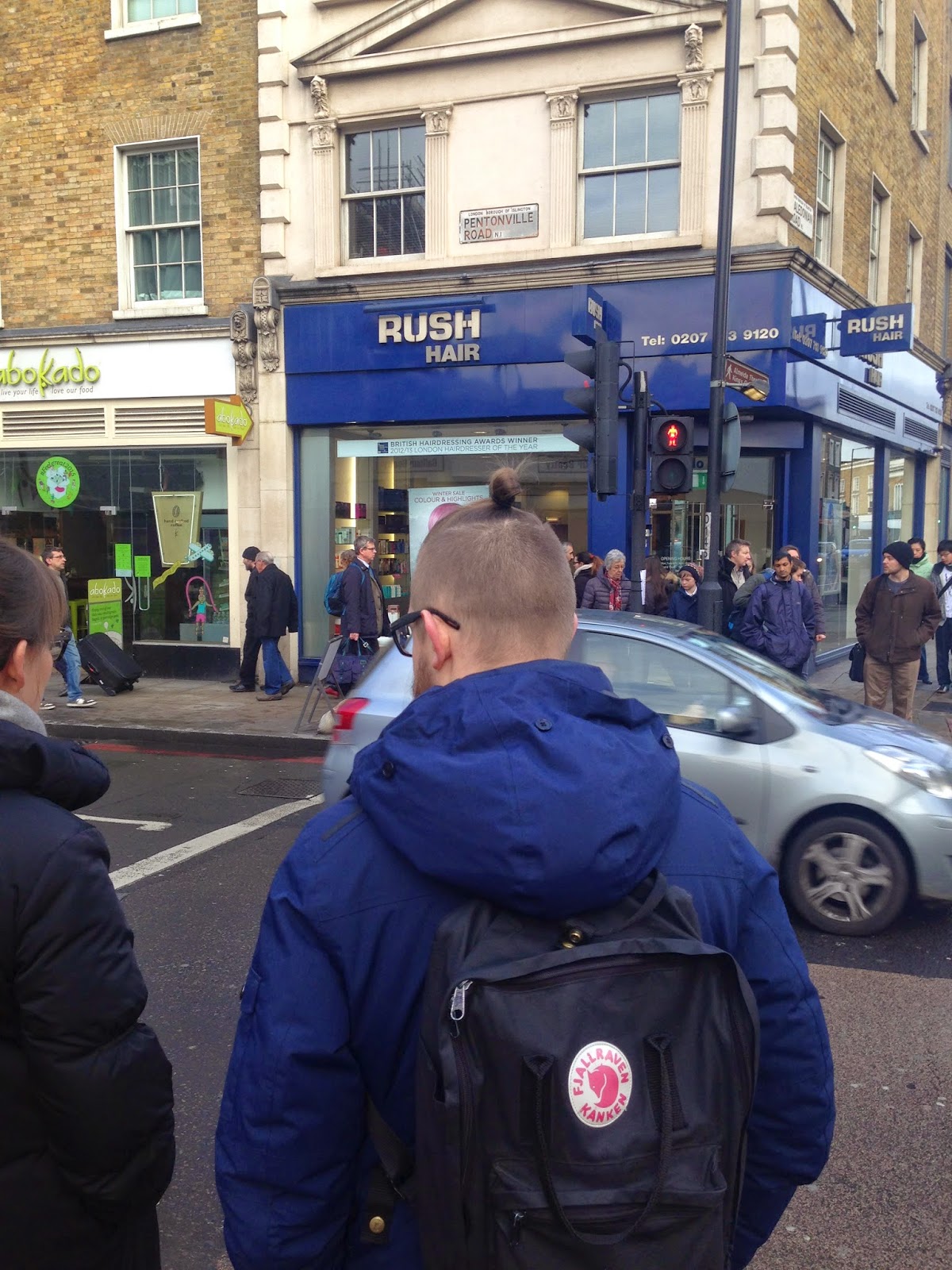 While the twin ghouls of ISIS and UKIP stalk the very soul of our land the biggest threat on the streets themselves comes atop the heads of mega doofuses. Yes that's right. Beware the dreaded 'man bun', an indicator of extreme torment in its wearer and one of the most inexplicable of all current fashion fads going around like a small, hairy plague.

The man bun is far worse in the man who has no need for it. Take this chap here. His boff is so short, that he don't facking need to tie his locks up in elastic. It's not gonna blind him in its current form if he goes white water rafting. But he, like many other gents has decided, that hair needs to be in place. Keep your eyes peeled for the rise of the bun as the days get lighter and summer starts becoming more than a twinkle in the eye. And make sure you have scissors on you at all times...

Boy George wants to touch me

Back in February we went to the Music Producers Guild Awards (zzzz) to film some video interviews with some old pop dudes.

We didn't really anticipate anyone being there but it turns out the whole thing was ram-jammed with stars getting drunk and hob knobbing. Royal Blood, Richard Russell from XL Recordings, Goldfrapp, Dave Stewart and Boy George were all on the press carpet in various stages of shitfacedness. Check out the Boy George interview below. He had slight wine breath and was being a bit flirty innit...

5 lessons we learned in February 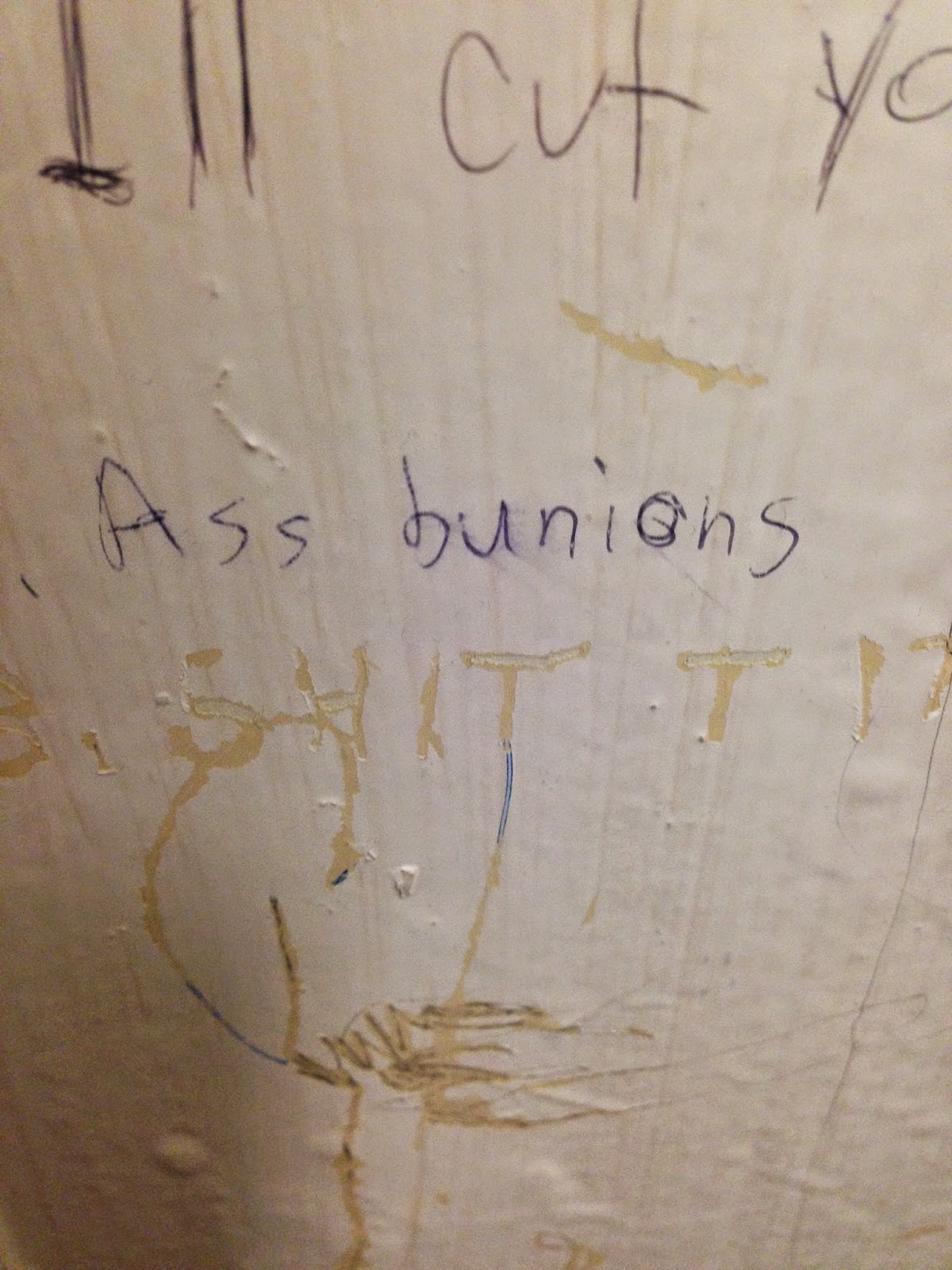 February's vibe was proper with time spent veering from running away from hangovers to just generally running. We've got a marathon in Manchester in April and an integral part of the training regime is to not have a hangover on the day itself. By some sort of backwards calculating, this should make running 26.2 miles easy, especially after training with a hangover for three months. As Craig David would say, 'drink like a fish, eat like a pig, train like a fairy'.

What else have we learnt?

We went to London's Roundhouse and spent the best part of the gig waiting for her to play a tune. She spent most of it dancing around and pouting. We were left disappointed.

Abbey Road Studios is not shite

We went with work to delve around in a studio at Abbey Road Studios with a mastering engineer. This isn't a euphemism for something 'torture gardens'. We spoke to this dude who it turns out is the fella who mastered New Order's Blue Monday. Fact.

Made in Chelsea actors are just like you and me. Almost

If you watch Channel 4's Made in Chelsea you're either posh and like watching fellow poshoes act posh or you hate posh people and want to find out how to destroy them. We were wandering through M&S enroute to watch Twigs and saw Jamie from Made in Chelsea rummaging through the sandwiches. Just like a normal person who's had four pints on the way home and is already done for. The only thing that made him look like a total cunt were his shoes, woven from the souls of poor people. What a cunt.

Market research can be lucrative

February's Wednesdays were spent discussing the finder points of desserts and coffee machines. Couldn't give a toss about either really but for £200 I will. Kerching.

Walkers have upped the game of crisps

Monster munch, French Fries, Wotsits and Doritoes all in the same bag. That's some game changing shit right there fam.