We went to go and see Steve Davis DJ prog 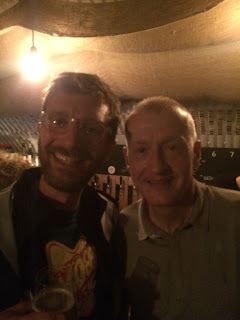 We went to go and see snooker legend turned aspiring disc jockey Steve Davis DJ last week and it was hilarious from start to finish. Although Steve's passion for prog has been much documented this year ever since his appearance at the Bloc Festival, the very notion of him being a DJ is a funny one. He's a six times snooker world champion. If his house was on fire what would he save? His cues? Or his sevens? It's hard to say but what was isn't, is just how on point the tunes were at his night Dark Matter.

Co-run with fellow musical nutter, Kavus Torabi, the evening is small, stinky and full of musical wonder and delights. Matthew Wright from Channel 5's The Wright Stuff was on the dancefloor. Steve was subject to a lot of female attention. Kavus has some big hair going on. The beer was fucking strong and the whole place stank of it unsurprisingly. The music veered wildly from rave to flutes and it was all done by midnight. Best little club night in London? Yes. Quite possibly...

We went and saw the Avalanches trainwreck 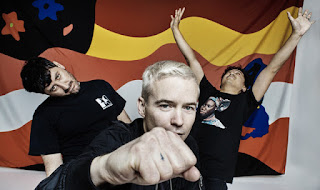 16 years is a long time to be absent from the musical world but it’s testament to the charisma uniqueness, nerve and talent of the Avalanches and their debut album Since I Left You that anyone still gives a toss.

People care because the Australians created summat of a sunny masterpiece in that first release. As era-defining records go, it’s one of the best for folk of our ever advancing years, a dreamy kaleidoscope of samples and car boot beats that sounds as weird, futuristic and out there now as it did back then when we were all about sleeping in and getting stoned. Man. File it next to De La Soul’s Three Feet High and Rising or Donuts by J Dilla. It’s that good.

During their much protracted absence, there have been plenty of rumours, stop start stories and half truths about their return. Will they? Won’t they? Is it them? Or is it a dream? It meant that when the first wafts of stirring first hit our noses a month so ago, they were greeted with some serious snorts. Were they actually getting off their arses and doing something?

Well, it’s turned out that the stories were truth and the Avalanches (or what’s left of them) are back with a new album WildFlower due to appear this summer. Hooray? Or hooro? It’s hard to say but from the first UK live show we saw at London’s Oval Space last night, it might have been more sensible (but possibly less fun) to let this sleeping giant lie. I guess everyone needs to pay the rent somehow.

As evenings go, this one was a massive sweaty mess and a lesson on how to piss all over yourself - either the most gloriously punk of all acts or the worst thing ever depending on how generous you’re feeling towards whoever is doing the pissing. Rather than a full band, the Avalanches opted for a deck and effects vibe with Tony Di Blasi, the slightly chubbier of the pair, totally shitfaced and doing a lot of dad dancing. He tried and failed to mix, gave away his coat and necked champagne throughout while hugging his scrawnier colleague Robbie Chater who was gamely attempting to keep it together with a mixture of Avalanches moments, hip hop and Beach Boys.

It was pretty funny and reminiscent of when we used to do the trainwreck parties as Rough Disko. We used to adopt the approach that it’d be better to get shit faced, mix badly and have a wicked time than retain any sense of ‘professionalism’. We were our own worst enemies but who cares ‘cos we only did the night to please ourselves and if anyone turned up it was a bonus (and meant we could do another). Unlike the Avalanches we weren’t charging 20 quid a ticket. Or hosting a party in a club where it’s five pounds for a small can of lager, effectively making it ten pounds for a pint. Not only is gentrification going on on the streets but it’s also alive, well and robbing you blind in da club too. Bastards.

But the Avalanches weren’t to blame for Oval Space, the beer prices or even for losing their shit. If it’s only your second night out in 16 years, you’d bound to get a bit over excited. So it was a sweaty shambles for sure but fingers, knees, toes and knobbly bits all firmly crossed for the album. Dear Avalanches - although Frankie Sinatra is weak, please, please, please don’t fuck that up too (much)...
Posted by Jimio at 09:23 No comments:

Giving thanks (without being sick) 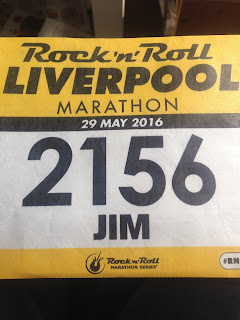 Well well if you’ve been paying attention to the amount of spam I’ve been spouting you’ll know that a marathon went down in Liverpool recently and my hairy little legs were running it. It would be telling porkies to say it was enjoyable.

Partly due to the intense heat and the obvious issues with it being about 23 miles too long, the whole thing was a massive mish, particularly the last stretch along Liverpool’s sea front and the final crawl over the line. It felt like doing a (bad) ecstasy droogs.

Here are some horrific photos of the event and nice one/props to anyone who sponsored me. Everyone is doing loads of runs, climbs, swims, hikes, shootings and wanks all in the aid of charidee and being bombarded with requests so the support is very gratefully received. Sorry - bit gushy. Yuck.