Bring out your strobe

So we've been vibing off lots of new sounds so far - and this is one of the best of them. Joe Hart is resident at notorious London underground rave World Unknown and not the Man City keeper. It would obviously be enthralling to discover what bangers the latter would bring out but in the meantime, dig into this ace four hours. It covers balearic, new beat and electronic body music. Get. On. It. 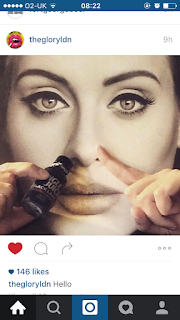 January has been and almost gone in the blink of an eye. That wasn't so bad now was it? What's been happening? There's been bare vibes, big breakfasts, some pints and a lot of music. Here are some highlights...

Hunger makes me a modern (wo)man 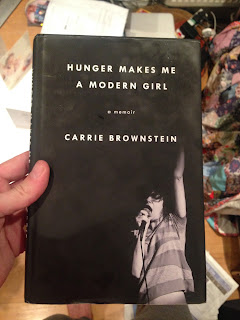 As a teenager growing up in Rochdale, bands, guitars and music acted as (without sounding like an absolute cheeseball) a bit of a lifeline, a cultural ladder to shimmy up and escape from the shittiness of the town and its vibes. I could hide in my room and immerse me brains in records and it was basically fucking wicked. Classic teenage weirdo. But while many of those groups I loved and devoured were from the UK's north west, there was one which me sen and my crew of fellow geeks totally held dear. Yep somehow three of us got suckered in by the weavy guitars of Sleater Kinney, a punk rock trio from Olympia who dealt in harmonies and slightly uncomfortable musical abrasions. We loved them. Started a fanzine because of them. Saw them play live. Met them. Got their autographs in a cringy kind of way. And eventually fell out over them. Sleater Kinney split, guitarist Carrie Brownstein went on to co-write ace  Portlandia, then they got back together for their (great) No Cities To Love new record in 2015. Hunger Makes Me a Modern Girl is Brownstein's autobiography and is an ace take on what it means to be a music fan, before Urban Outfitters started stocking vinyl and the internet made music cheap and easy to come by. Then you had to really care about your bands, follow them, seek them out and give a massive shit. Now there are no secrets anymore.

Here, in the 21st century spirit of sharing and generosity, are some of my fave Sleater Kinney moments...