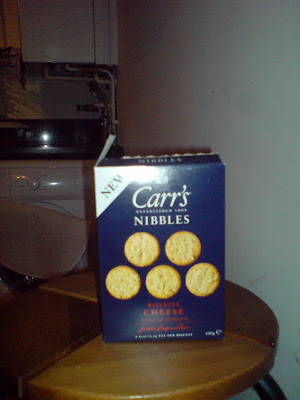 It's been a hectic trio of days in which shit, unhealthy food appears to have played a large part. Serious. I'm almost on first name terms with the chicken dealer at the bottom of the road while the lady behind the counter in Percy Ingle's reaches for the sausage rolls before my shadow has even darkened the door. Having an indepth knowledge of local pastry dealers wasn't one of my ambitions for my late twenties, but I guess that's just the way a chicken bake can crumble.

The shit fodder wasn't just a binge ting. Energy levels needed to be high due to being embroiled in a house move on Friday. Turns out that the new gaff is right in the thick of a vibrant rave ting. Whilst toasting the new household, we discovered a ridiculous party was going off in the building opposite. We spent a good hour watching wreckheads staggering around the street while vaguely attempting to catch the attention of James Ford from Simian Mobile Disco, who was djing at the do.

We didn't breach but it did look like a hype bash. Here's the jump off... 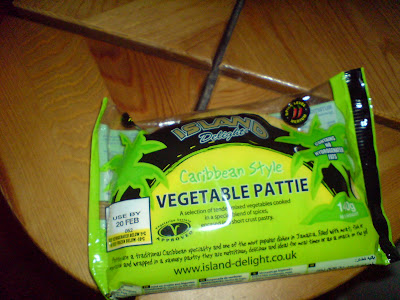 Tesco in Hackney - Carribean style stodge at knocked down prices 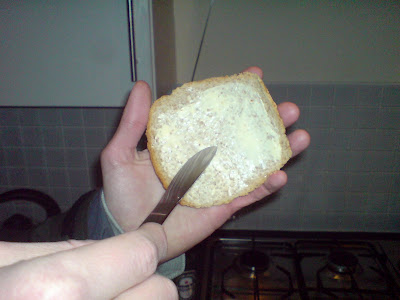 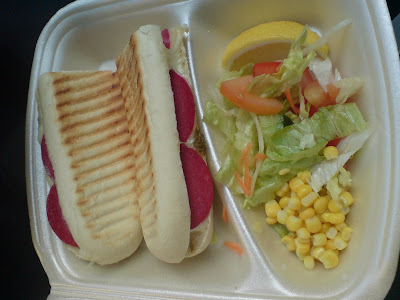 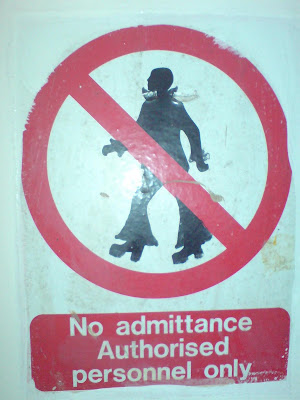 No artists in clogs please.

Mentioning SMD and food in the same breath is also a good excuse to embed this mother. When the Arctic Monkeys enjoyed a jolly knees up with PDiddy. It's still funny as fook and suitably uplifting for a bleak and cold Monday...