Save this last dance for Kabal 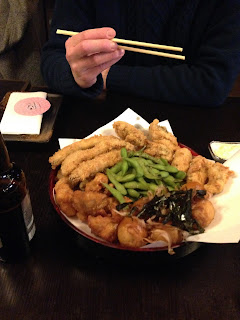 For anyone who has vaguely followed our vibes on here you'll have seen plenty of mentions to Sheffield club night Kabal.

We've followed this shadowy nocturnal venture and the exploits of resident DJs Pipes, Winston and Toddla for years so it was with a slight tear in the eye that we journeyed up for the final, 50th hurrah earlier in March.

Kabal had given us some of the best, funniest and fiercest evenings. The first time we checked a DJ set from Toddla was at the Ebeneezer Chapel up in Walkley, a building of student flats but, cos it used to be a church, had an altar where the decks lay. He played Syclops' Mom, the video broke and we freaked...

We've been to boxing rings in Sheffield's city centre, former morgues and railway arches all in the pursuit of the bleep and the bass offered by the night, always starting late and going on even later. We rang in a Kabal new year at said arch, but had to leave shortly before two having imbibed all the merch. Instead we opted to spend the rest of the evening sitting on a mate's radiator jibbering total baloney until the sun came up listening to Katy B's On a Mission on repeat.


Even with the 49th event, we had a total blast. At the Night Kitchen, a sprawling labyrinth studio set up, we spent the day in the Peak District foraging for magic mushrooms before heading to the evening for midnight. We were staying at an Air BnB with strict instructions from our curator, Nathan, to be out by midday. We obviously ended up dancing until beyond the finish, staying up until 8 with only a few snatched hours of kip before Nath arrived to turf us out on his hoverboard. Turns out he'd been at the rave too the rotter. We spent the rest of the afternoon collapsing over a fry up in Bungalows and Bears before crawling back to London as pathetic little shells.


If there's one thing I won't thank the night for, it's been the character-building journeys back to London. One mega bus trip was so paranoia fuelled, thanks in part to a lady sitting next to us, noisily eating crisps, that I had to depart at Golders Green and spend the next two hours walking back to Hackney. Got in to bed at midnight sharp just in time to grab six sweaty hours of sleep before going into work the next day and crying on the toilet. That is the vibe.

The final night was a classic in terms of us turning up wrecked and spending the preceding hours until dawn getting even more wrecked. My memories are slim (That meal at the top is the one memory I got on my phone) and I probably shouldn't have had the six pints, the biftas and the rest before going. At the same time, memories of all the nights are slight and that's the way I like it.

Sheffield will be worse off without Kabal but it's always top form for promoters to kill something when it's still at its height. Not outstaying your welcome and leaving dancers wanting more is a dignified way of bowing out. So props to main organiser Raif and co. It's been emotional. 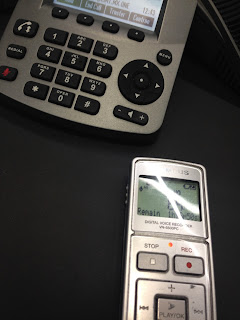 If you'd seen the line up for this year's Bloc Festival, you'd have noticed that among all the rave, austere techno, post-post-dubstep, garage and whatever else you get your gary on to, you'll have seen the name of six-time world snooker champion Steve Davis.

Turns out that Steve, when not potting balls, is something of a music nut, more specifically a nut for French prog and the so-called aural delights of Magma. Yeah turns out that when he puts down his cue and gets his music on, the ears of Mr Davis are very unique indeed with his passion for the French oddballs so deep, he even brought them over to the UK to play. Despite having a slight history with Bloc (we were there for the first and second weekenders) we couldn't attend to witness the final weekender. However, we have enjoyed the career killing articles from one of the promoters and even had the pleasure of speaking to Steve to discuss his lust for new-found sounds.

Read our interview with Steve Davis. 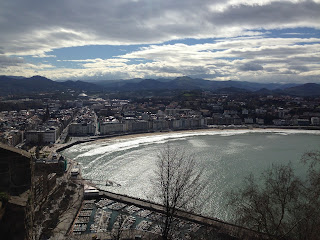 Is there a direct correlation between getting deeper into food and growing older? Probably - otherwise we might still be wearing nappies and smearing baby paste round our fizzoks like back in those halcyon early years. Still, if you'd told me in my early twenties that ten years later I'd be going all the way to Spain on a foody tour rather than necking gazbags and Estrella, then I'd have laughed the crumbs of my Gregg's chicken bake all over your silly face.

Not that our recent jaunt to San Sebastian was dry. Far from it, it just meant we drank more, and scoffed quality scran while also matching our eats with booze. And not just Kronenberg and donner meat. This was red wine with rare duck steaks, white wine with smoked cod, duck ravioli with wine, cheese cake with port, yagga yagga. Lardey de dar yeah? Serious I've never eaten so well. The best bits involved black pudding and raw eggs, artichokes, prawn skewers, ox cheeks, we even munched at one point on a crab, cream and liquorice dish which sounds gross but was actually delicious. Very delicious.

What else did we do other than eat and drink? Well it pissed it down the entire time we were in San Sebastian so when we weren't getting smashed in the Spanish bars of the city's old town and quaffing down on the pinxtos (all the scran lined up on the bars of the boozers), then you would have found us in the aquarium ogling the sharks and their jelly fish. We even squeezed in a jaunt to a Michelin-starred restaurant but, perhaps classically, I was too pissed to truly appreciate the wonder, with only really my phone pictures for memories. Whoopsie, whoopsie - turn out there is definitely still a lot of growing up before adulthood really sets in... here are some of the best places we staggered to. 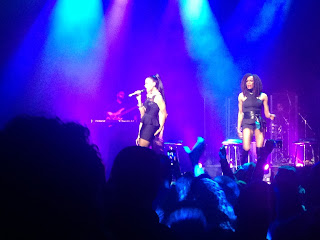 En Vogue could have been Destiny’s Child - they have the voices and had the (potential) hits but always lacked the hype and the glue to keep them together. In fact, they are now what Beyonce et al could have been if they had fallen down the wormhole and into a parallel universe, one where instead of the half time at the Super Bowl, they perform at Butlin’s and the O2’s bizarre Indigo club.

While their former rivals have gone to sell millions, marry millionaire hip hop moguls and see the smallest tit bits of their lives chewed up across the gossip columns, the Vogue, after their no minor chart success, have concentrated on imploding via line-up changes, bitching and bickering. Now they’re back, it makes this low-key live affair an interesting one, if not for the music then for the dynamics of the trio on stage, three fifty-somethings still in their vocal prime but with the world weary vibes of ladies who have been there, done that and feel a bit short changed by the whole affair.

After dropping mega smash Don’t Let Go near the start of the night, they needed a bit of camp hi-jinks to kick start the crowd of 30+ couples, gays and R’N’B lovers firmly into groove town. They succeeded by getting three gents up on stage and asking what their definition of love is (after their hit, What Is Love?) - while one champ cited rare groove, one got his top off, the other said: ‘you need a dick in a box’. Not sure what this meant, but lowering the tone worked, sparking off a Motown medley and a serious sing off with the trio taking it in turns to try and out do the other. It was high octane soul belting business showing off the threesome’s voluminous sets of pipes. Should you go and see them? If possible, yes indeed - if only to see what Beyonce et all could have been if they'd been a bit wilder and less willing to compromise...

What do you do when you see a space man? 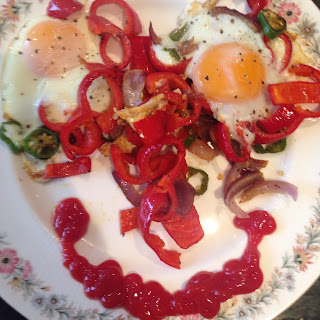 February passed in the blink of an old man's eye but that's probably cos it's short and we weren't doing that much apart from trying to strap ourselves to the property ladder. However, we did sit in the same room as Billy Bragg, invent a new strain of tapas, enjoy numerous breakfasts and nail some shots. Vibing? Vibing... 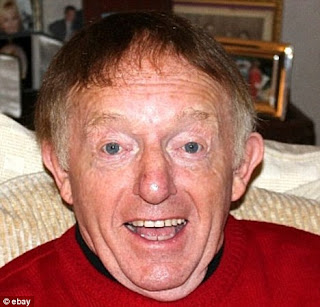 So far, mediocrity in the musical and media mainstreams are helping define 2016, drawing a faltering circle around one of the most vibeless ages in some time.

February’s BRIT Awards were a case in point. The two hour dirge fest, hosted by Ant and Dec, featured a soundtrack by Jack Garrett and James Bay, one of whom is best known for wearing a hat, the other for just being total shit. Fucking edgy mates. In attendance? Apart from some ‘normal folk’ who slipped through the net, the worst of the z-list celeb bucket, any talent they once demonstrated now dwindled to an absolute zero, black holes where once stars burned. Bring back Niven, bring back Flynn and RIP Paul Daniels.

Being great used to mean being weird, being odd and being yourself while now it seems that the only way to succeed is to be the same. Even the satire is weak – now we have some moaning minnie crowing ‘get in the sea’ whereas before we used to have one asking ‘is it just me or is everything shit?’ It’s the same you twonks...