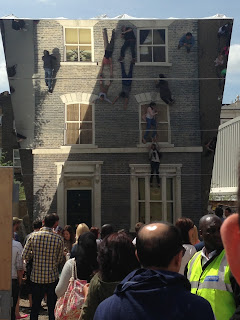 It's been summer for a minute and the brevity with which the sun gets a hard on is so small, you've got to really make hay while the sun shines. It sent us so mad when it was at its height that we started punching each other in the face and arms for kicks. I shit thee not. 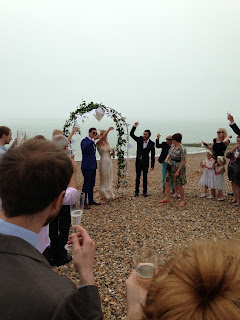 We had a wee blast of a trip to the seaside at the start of July to celebrate the wedding of our chums Hannah and Si. After dropping our shiz at the chintzy Air B'n'b we'd plumbed for, we descended on the beach where the public bit of the nuptials was all kicking off. There were drinks, we smoked fags, there were tears, laughs. Indeed it was as delightful as you can imagine with gallons of cava and beer all poured in to lube up the romantic vibe.


This romance turned increasingly wet and bashy as the day went on, partly due to the roasting heat and the huge amounts of ales being quaffed, supped and ingested. There was dancing, there were burgers and kids roaming as well as more dancing, more kids and more burgers. Woop.

It was all over too soon but big up to the happy couple for having us and congrats for tying les knot yeah. It was a total hoot. The following morning we attempted to seek out a greasy spoon only to be confronted by a veggie breakfast plus all the smug and white dreads you'd come to expect from such an eatery. The place was called Iydea. Don't you dare...