Midland and an abundance

Producer and DJ Midland has gone from a bit of a no one to a bit of some one over recent times with both his work in the studio and on the dancefloor. Maybe it's his growing of a tache, or his unabashed love for disco, maybe something deeper but whatever's got inside him and his music, it's one frisky mother.

Final credits is his big tune and has been a lean, mean, raving machine right through the 2016 summer.

Alongside this, he's just chosen to share his favourite mixes, a collection of 55 sets and over 80 hours of music. We've only touched its surface but it's already proved a reliable source in an age of ever increasing noise and online baloney. Get stuck in below... 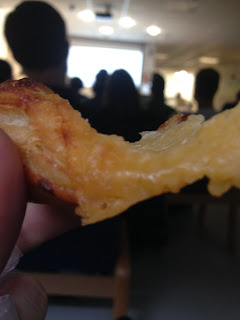 Summer in and out of the city and the weather has been good. Too good at times for our teeny flat - it’s been a warm one and when you live in a box atop a number of other boxes then you can struggle to ventilate effectively. Especially when you’re expecting. But no matter, we’ve tasted sunshine on numerous occasions over these clement months and it’s been as jolly as it has been sweaty.

What have we been doing I hear no one cry? Well it’s all go innit. There’s been potential home purchases attempting to be made, then sprogs flying all over the place from various nooks and crannies across the UK. While we’ve been learning how to be humans, with all this growing up going on, it’s also been vibes to keep it foolish yeah? So there have been a few late, late, late ones, then some consistent little ones to keep the beery fires burning. We’ve eaten lots of ice, had our eyes scalded by some pornographic toilets (Hunter S - I’m looking at you here), feasted on supermarket trifle, read like readings been going out of fashion and done some business at Notting Hill. Check out what a g’wan. Now, in many ways, it’s going to get real…