Dinner at the Savoy darling 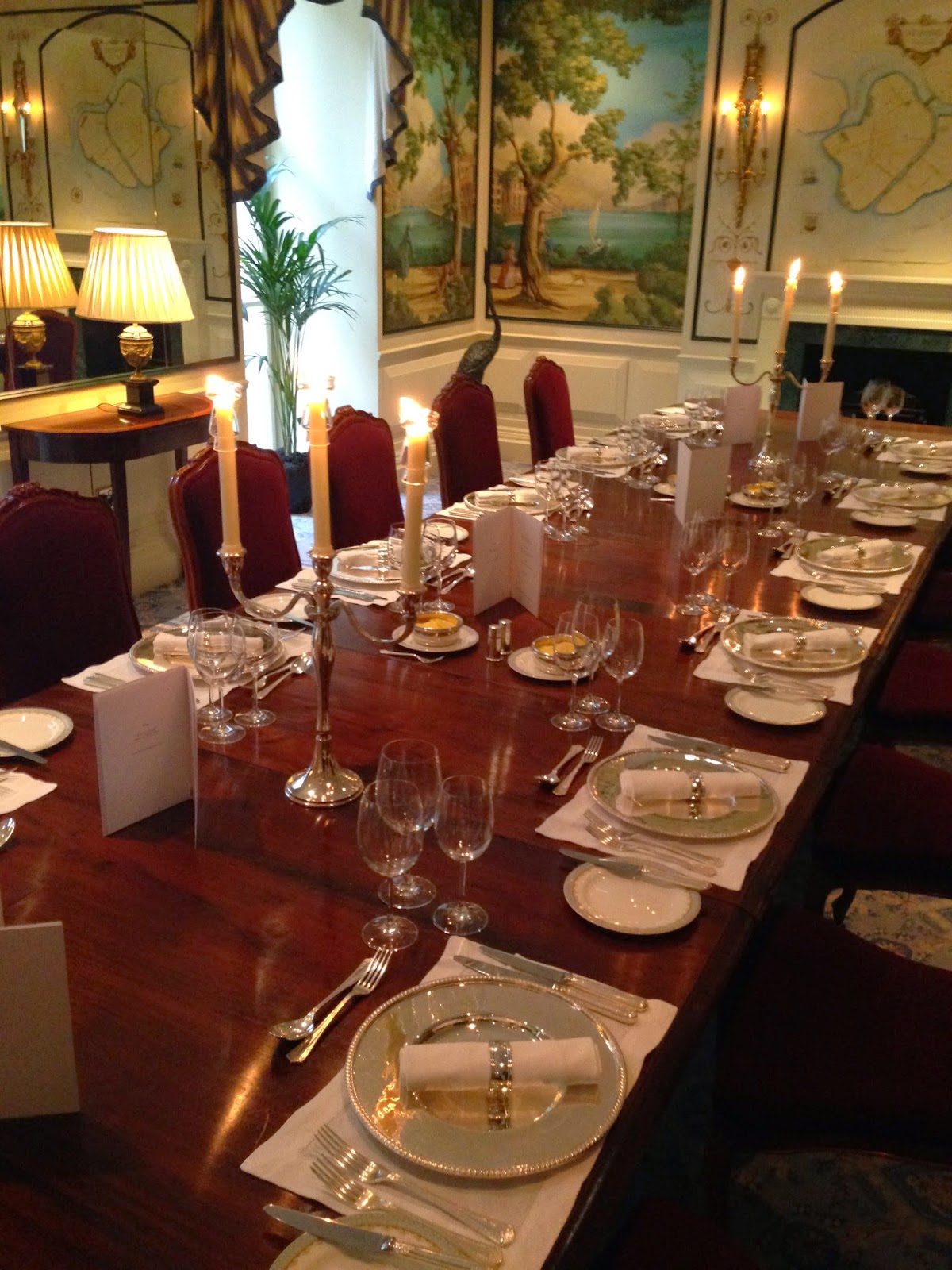 Who eats at the Savoy on a Wednesday night? Well we did via work. Apparently the meal was supposed to have been for Chic dude Nile Rodgers earlier in the year but it never happened and the booking remained. We were driven by the ghost of Richard Harris and the lure of free scran and booze. There was so much free nosh going that we had two of everything… get in ma gob…

I want to ride my bicycle 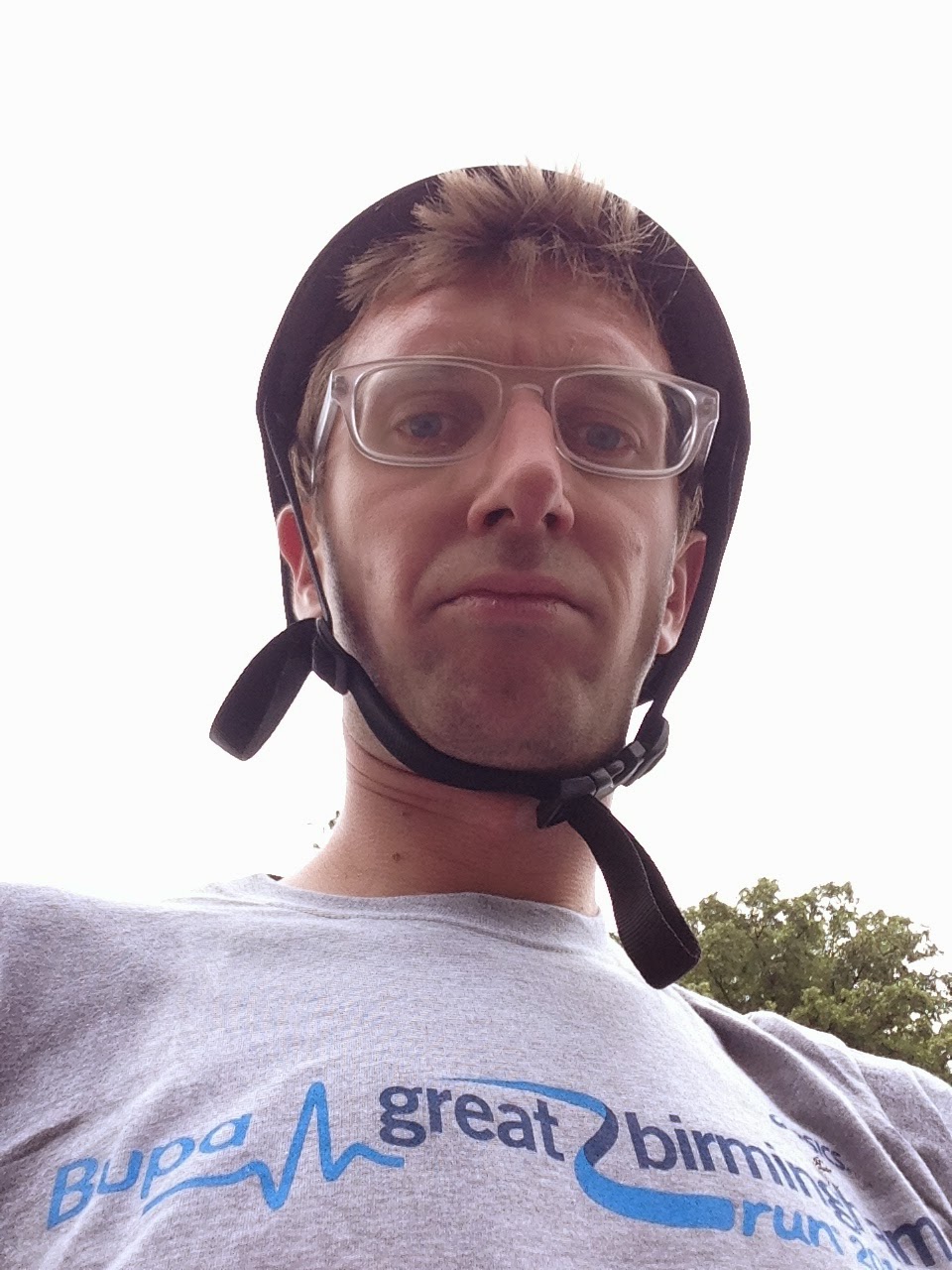 Back in July I attempted to channel the spirit of Bradley Wiggins and cycle from London to Brighton. Our buddy Tim Spain is doing a load of charitable shit for the RNIB over the year and offered to guide a select few of us down to the coast in exchange for a tenner for charidee. It was hard to ignore such an act of do-gooding generosity so I signed up and spent the week getting my shit together – borrowing a bike with working gears, washing the cycling pants to protect the precious ring piece and not getting totally shit faced the night before (five pints natch) all fed into the extensive prep.

When I made it to Clapham just in time for the 8am kick off brandishing a Mcdonald’s I was confronted by loads of pros in lycra. Despite Tim’s assertions that anyone could do this and it wasn’t a race, it was clear that some folk were taking this seriously. Within five minutes one dude had already tutted at my set of (admittedly overly small) wheels and offered to put my seat up when I came to him with me ‘knees screaming’ (his words). Back off bro!

We set off with his scornful words ringing in the ears before we conversed again – ‘Do you do these sort of long rides often?’ was the question. ‘I don’t want to brag, but for me, this isn’t really a long ride,’ he bragged. Wow.

The ride itself was a hot and sweaty affair with plenty of hills to drag ourselves up. The Mcdonalds definitely helped and at one point we went perilously close to Gatwick Airport before a brief stop for a shandy. The real killer was the Beacon, a fucking humongous mountain near the end of the 60 mile ride. It’s well fucking steep and many a cyclist apparently prides themselves on getting all the way up it without dismounting the steed. I couldn’t care less and jumped off after ten metres of incline. Whatevs Beacon! It’s only a bike ride!

The cruise into Brighton which followed was fairly luxurious as were the six pints we had on arrival at the coast, the four cans on the train and the three more cans at home. Nice one team. 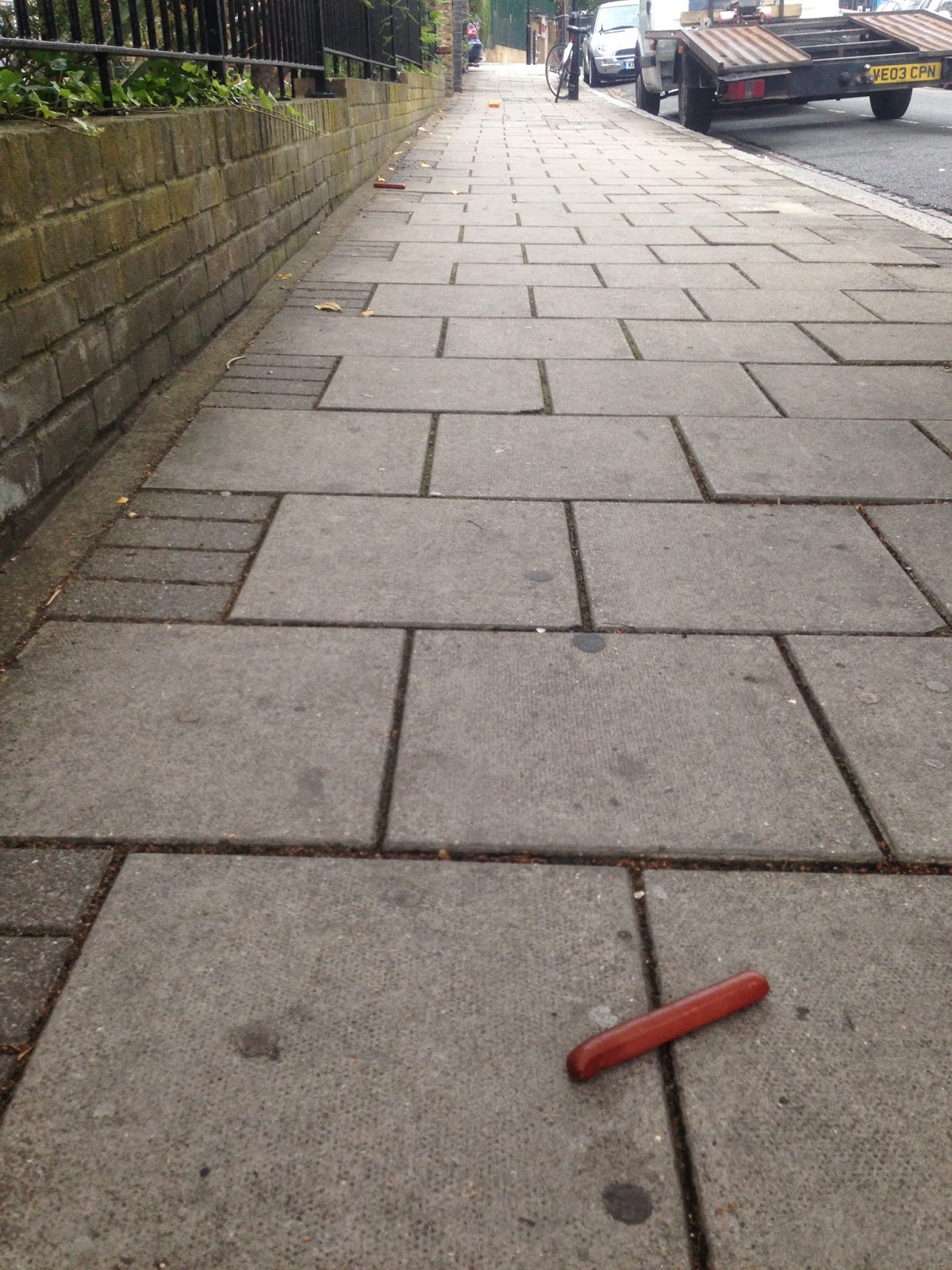 Things have been very quiet on here but in real life shit has been proper bubbling. Oh yeah. Days in, nights out, beige foodstuffs, discovering Ru Paul's Drag Race, noting the charms of Jack Bauer in 24 and getting even deeper into cheese. Here are a few 'moments' recorded and broadcast for the sake of posterity. 'Summer 2014, we were in you man...'

Bogey on the eagle 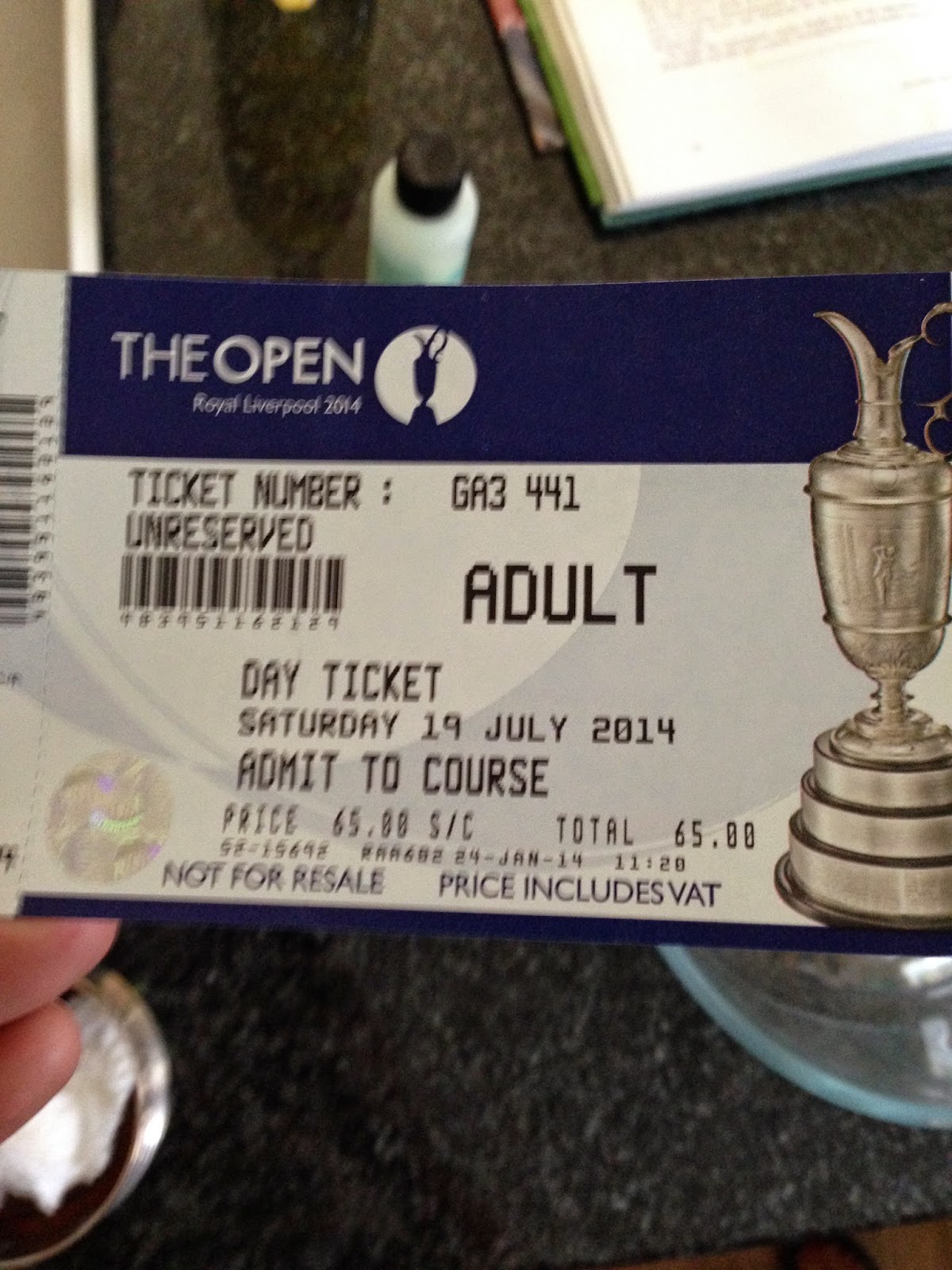 We had the pleasure of experiencing golf via a fluke free ticket to the Open on the Wirral back in July. The weather was stormy, the game made no sense and we were hungover. But no matter, we were teeside, desperately trying to stay silent while some of the best golfing troops attempted to get their balls in the hole. The vibe in the crowd was, to coin a phrase, more Berghaus than Berghain. Waterproofs, flasks, hats and sensible shoes were the order of the day. But throw in as much Stella as a brother and his guts can handle, and there was a sense of mild chaos, particularly as Irish dude Rory Mcilroy was leading and on the brink of a home victory. The day finished in a huge thunderstorm which saw us marauding across the golf greens through huge puddles attempting to find  a way out. Rory went on to take victory and we got the chance to stay in a caravan. 'All round winning' innit. 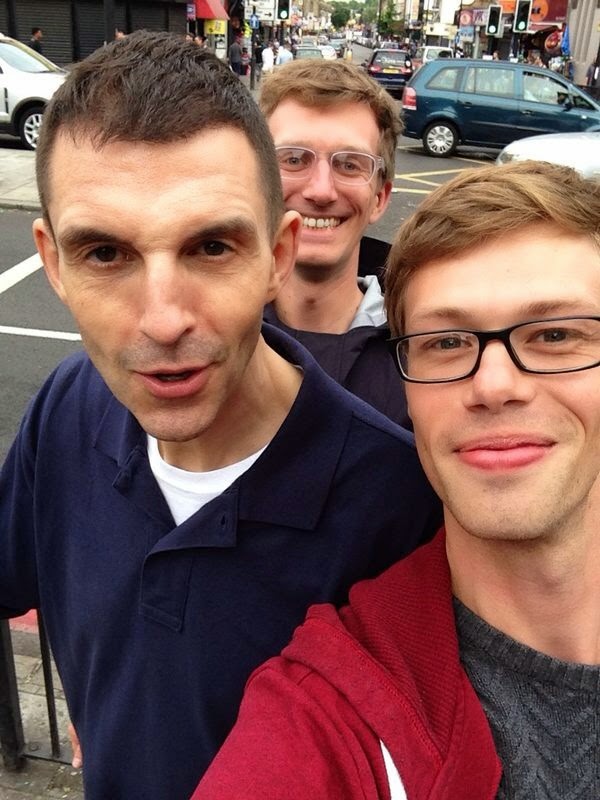 Earlier in the summer we met Tim Westwood. It was a big day. We discovered that Wetherspoons in Highbury and Islington sold a delicious beer called Sweet Action. Not only did they have a boss name and exquisite taste but they also came at the discount price of four for a fiver. What a fucking bargain.

After consuming loads of them we decided to venture up to Finsbury Park to try and get into the Wireless Festival to see Kanye West. We presumed it would be tout city, with loads of snarling geezers baying at each other and flogging tickets for the gig for a fiver. Alas, this wasn't the case. Instead we saw Westwood in the street. Not only is he fucking massive, but he also puts up his own posters for his night. What a dude. We left him marching up the street giving high fives to everyone he mooched past. We celebrated the union with a bottle of rum and a shitload of balloons. Hooray for Tim Westwood! 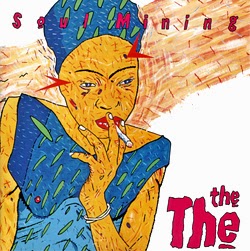 Long time readers, long time. But when the sun is out, you’ve got live and breath in the fresh rather than die in front of a stuttering computer.

Now it’s going grey and winter is just round the corner, it’s time to get back on the horse and give youse the 011 on what’s been going down round da endz. Big vibes in a little flat let me tell youse. Check out a few wee interviews with heroes first innit.

We spoke to Matt Johnson from The The to celebrate 30 years since Soul Mining.

Goldie swore at us for 20 minutes

Richard Norris told us how he wrote Swamp Thing with the Grid.

Viv Albertine from the Slits told us the truth
Posted by Jimio at 08:44 No comments: