Hall and Oates vs Steely Dan 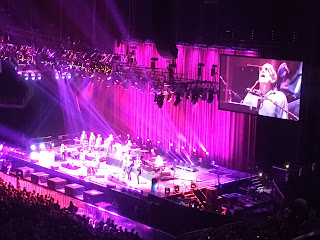 As celebrity death matches go, a tussle between two elderly veterans of pop music sheen, the very venerable Hall and Oates and even more doddery Steely Dan, couldn't be nicer.

Both are proponents of tunes smooth enough to buff your best crockery with. Although you might argue that the latter are slightly more prickly than their hair plug sporting counterparts. But whatever, both peddle 'AOR' of the most excellent variety. Rather than watching them putting their dukes up and slugging it out in the ring, we had the pleasure of catching them both play over consecutive nights as part of the Blues Fest at London's cavernous, vertigo inducing arena at the O2. 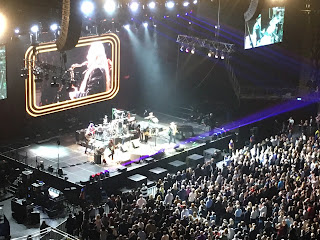 Saturday night was all about Hall and Oates who successfully transported some California sunshine to Greenwich. Thankfully, they didn't dilly dally with new material, instead just wheeling out a dazzling set of total bangers from Private Eyes to I Can't Go For That (No Can Do) and sporting some delightfully buffonic hair do's. One of the funnest aspects of watching an old band is the old audience and we felt incredibly young as we went through the airport style security of the arena. We were also the only punters on our side of the stadium to ingest too many Stellas and dance in the aisles while simultaneously shitting it that we might come a cropper and tumble to an almost certain death from our vertigo-inducingly high seats. But we lived to tell the tale. Whoooop.

Sunday evening was spent feeling a little more stale and watching Steely Dan from the vantage of the BT corporate box on the other side of the stadium.Our contact got us in on the lure of a cheapish ticket, plus free booze and food. But while we were ushered into the venue via the VIP entrance, the promise of gratis stuff to stick in our gobs never materialised. Instead one of our party spent £7.50 on a bowl of nuts and we again got on the Stellas. Steely Dan went through a greatest hits style set with one of the slickest band of session musicians you'd ever did see. And while they'd lost a member in the form of the sadly departed Walter Becker, a lone unused microphone paid tribute while Donald Fagan twitched his way through some of the best, jazzy-pop bits... these guys might be fucking ancient but they've still got it...