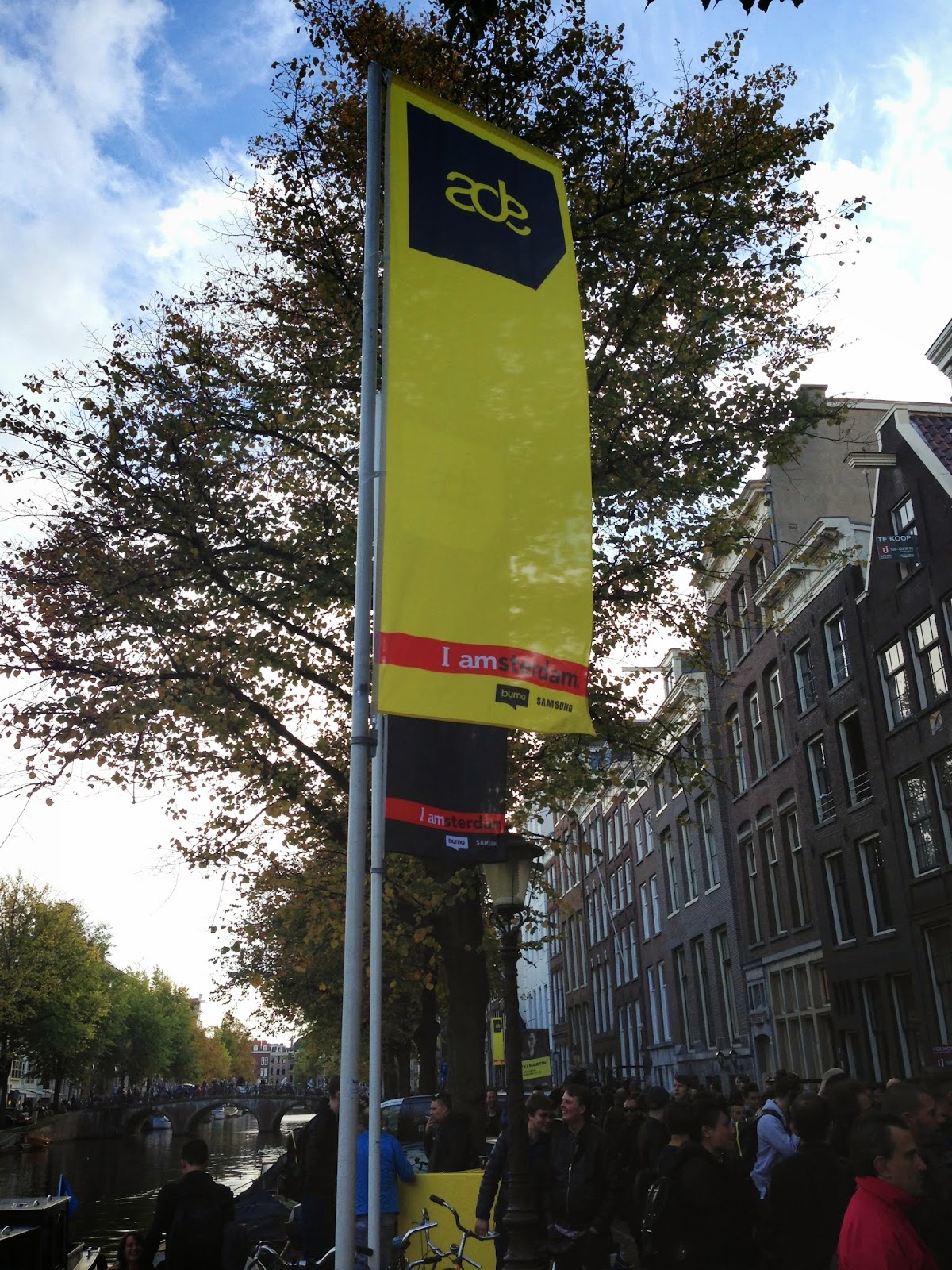 Amsterdam is well known as a city of canals, bifters and red lights but for the last few years, it's increasingly gaining a reputation to rival Berlin as a go-to place for a jolly old rave up. Oh yes and one of the main feathers in its cap of bleep, beeps and drops is the Amsterdam Dance Event (ADE). ADE has been running amok in the city for almost 20 years but it’s since the unstoppable rise of the EDM juggernaut that it’s really become a fixture for the good, the bad and the ugly members of the electronic biz.

I was fortunate enough to attend the four day conference last week. It was all down to a certain staff member leaving earlier this year and being in the right place to take up his ticket. This dude was a director who’d booked himself into a lavish five star gaff for the event, and, as the booking couldn’t be given up, it was down to me to take on the room. Cue chandeliers, a flash mini bar and decorations only the tastelessly rich or utterly blind can love. It meant that right from the off (and before we really got stuck into the cushington), there was a dream-like vibe around the conference and our trip.

On landing in the ‘dam, we disappointingly didn’t go straight to the nearest coffee joint. Instead it was head first into the thick of the conference to get our teeth into the challenges and opportunities facing dance music. Oh yes debate was flying around thick and fast. But while talk is cheap, the amount of dosh swirling around the dance music industry was abundantly clear, just from the freebies (including fancy headphones and bags) bestowed upon delegates.

The general vibe of ADE is very European, all puffer jackets, hard house, shades, fags and bad jeans.  Everyone is in a rush. And everyone is in a bit of a mood. It’s probably the grinding come down that comes as being an integral dance music player (or at least thinking you are) and being spotted in daylight. In some ways, this event is strictly for the vampire crew, with the conference itself not really getting into gear until after midday. The talk were themselves were of a high quality with one of the best bits being Dave 'The Baron Clarke interviewing Hollywood maestro Hans Zimmer and geeking out over synths. But their discussion, with both of them admitting a lust for Delia Derbyshire, was indicative of the conference - it was a total sausage fest. While the days were spent in the conference, listening to industry big wigs talk and admiring the fashions, the evenings were significantly more fun. Or at least more dazed. And hungry.

Wednesday we partook of a little basement joint called Best Friends. In here were plenty of red-eyed Dutch dudes all doing their best to win medals as the Netherlands biggest toker. We joined in for a bit before going to a boozer and marveling at the quality of the Heineken while occasionally bursting into hysterics or eating crisps. Standard behaviour.

On Thursday we ventured a bit further afield, finding ourselves suitably relaxed in a jazz bar listening to some dude in specs lose himself in his sax. The bassist looked how we felt, all eyes shut, reverie turned on. After that we staggered off via New York Pizza to tap up the Ninja Tunes label showcase. When we landed, Martyn was going B2B with hype woman Inga Copeland in what felt like a smokey cave. The vibe was dance music which you couldn’t really dance to. In fact the music was more like a gloopy pillow being stuffed over the face than anything you could shake your legs. So although it made for a diverting aural spectacle for the hour or so we were there, it could have done something less weird, and more anthemic to get our brain around. Thank god for New York Pizza being open late to satisfy the insane munch home.

Friday was a slightly more sedate affair as the flight back was big time early doors. But it meant more time spent blazing and less drinking. It was a look fo’ sure and saw us getting all weepy and hysterical in Dolphins before having to go seek out some crisps. The verdict? Well ADE is well worth a punt, even though we didn’t get sucked into quite as much raving as probably the rest of the crowd. We managed to miss some ace looking nights but didn't have a bottomless reserve of euros to call on. Plus If all you’re missing out on is checking out the latest EDM superstar, then the clubs are worth, to a certain extent, worth avoiding. So props to the event and big up to the gaudy room. It was tacky and over opulent with an unexplainable table in the middle of the room but it still made for a decent place to hole up and drink cans. It also had a huge fish spoon on the wall for no discernible reason other than why not. Why not indeed...