It’s the sort of holiday Nick Grimshaw would… 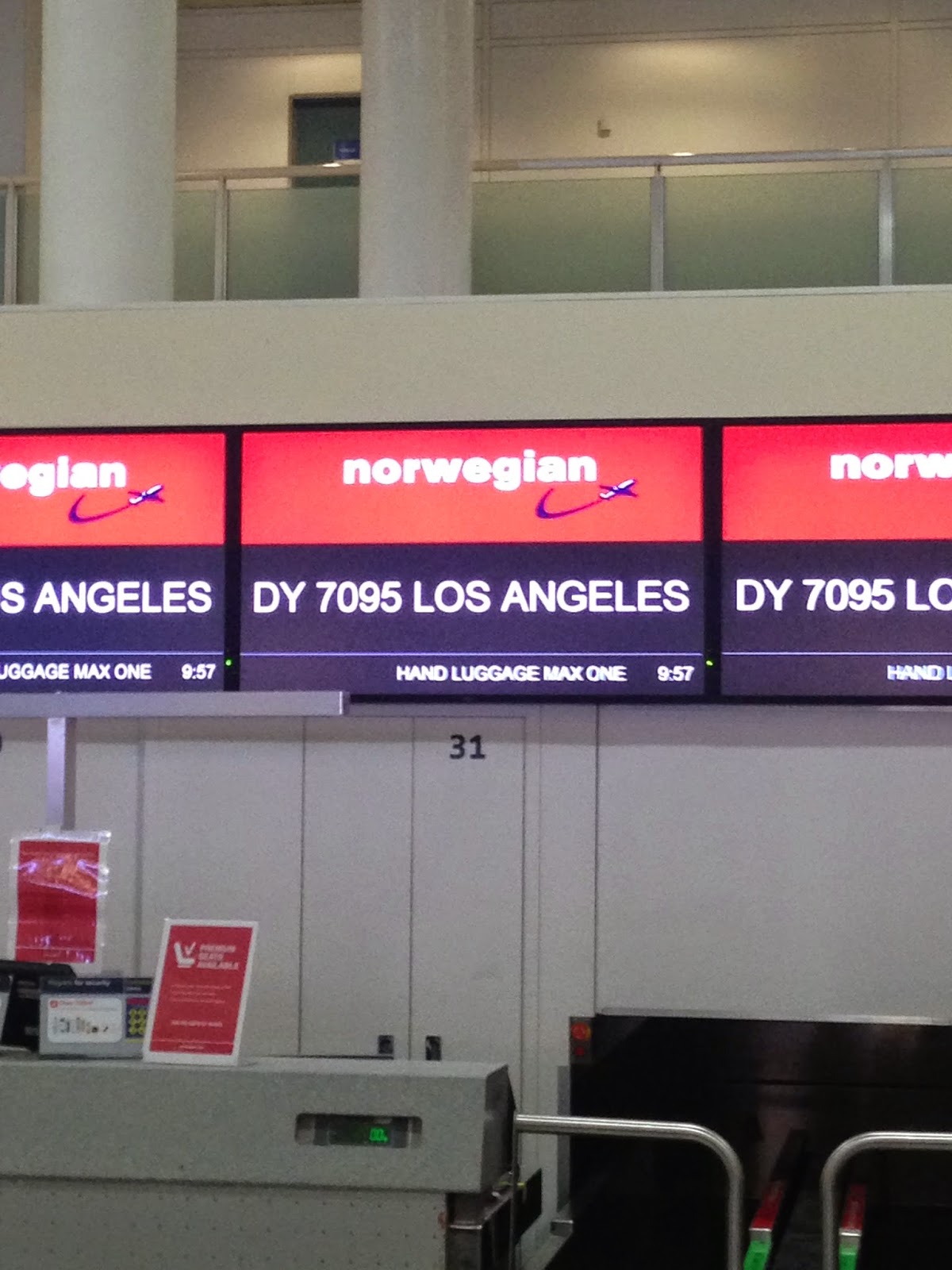 … find himself on’ - was the standard bookend to any sheepishly guilty explanation of our recent overseas holibobs. That’s right for Christmas we fucked off the winter and exchanged it for the palm trees, dry heat and craft beers of the Americas. Let me tell you there’s nowt better than having a swim in a heated pool on Christmas day before nomming on barbecued chicken and swigging a seven percenter. Lardey de dar... so where were we heading? LA was the first stop on a trip that swung by Palm Springs, Mexico, Belize and Miami. Smug? To begin with yes, but the hangover and extreme turbulence on the outward bound flight really put us back in our place. Prayers were said. Tranquilisers were taken. But we made it unscathed. 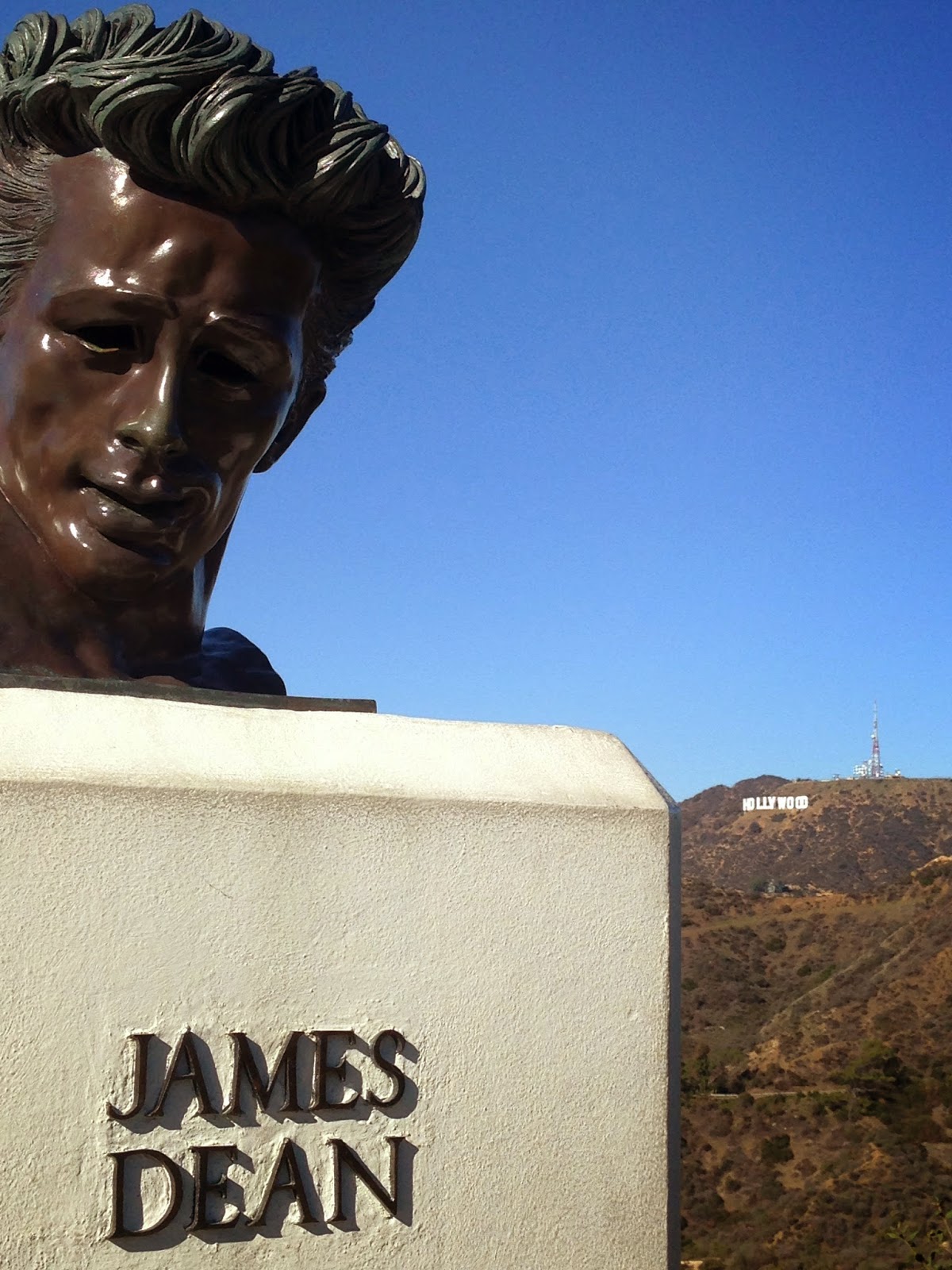 LA was a total stonker of a vibe. You’ll need shades and a good set of teeth to fit in. But even if you don’t you’ll still require the glasses. That sunshine - it just don’t let up. We stayed at the achingly trendy Ace Hotel in Downtown LA where everyone looks like they’ve (gracefully) fallen out of the pages of ID magazine. You can buy smoothies downstairs from the Moon Juice seller with jalapenos in them. They provide Rudy’s Barber Shop shower shit which makes you smell of lavender and chamomile. You have craft ales in the fridge. The bed is massive, expensive and amazing. There’s a rooftop bar. Valet parking outside. Everyone is nice. We drove up to the Griffin Observatory to take in the views of the city, the Hollywood sign and went for a mooch around downtown before ending up on the rooftop of the Standard Hotel dicking about drinking beers. We followed it by having a pizza in bed. Just how Nick Grimshaw would roll. 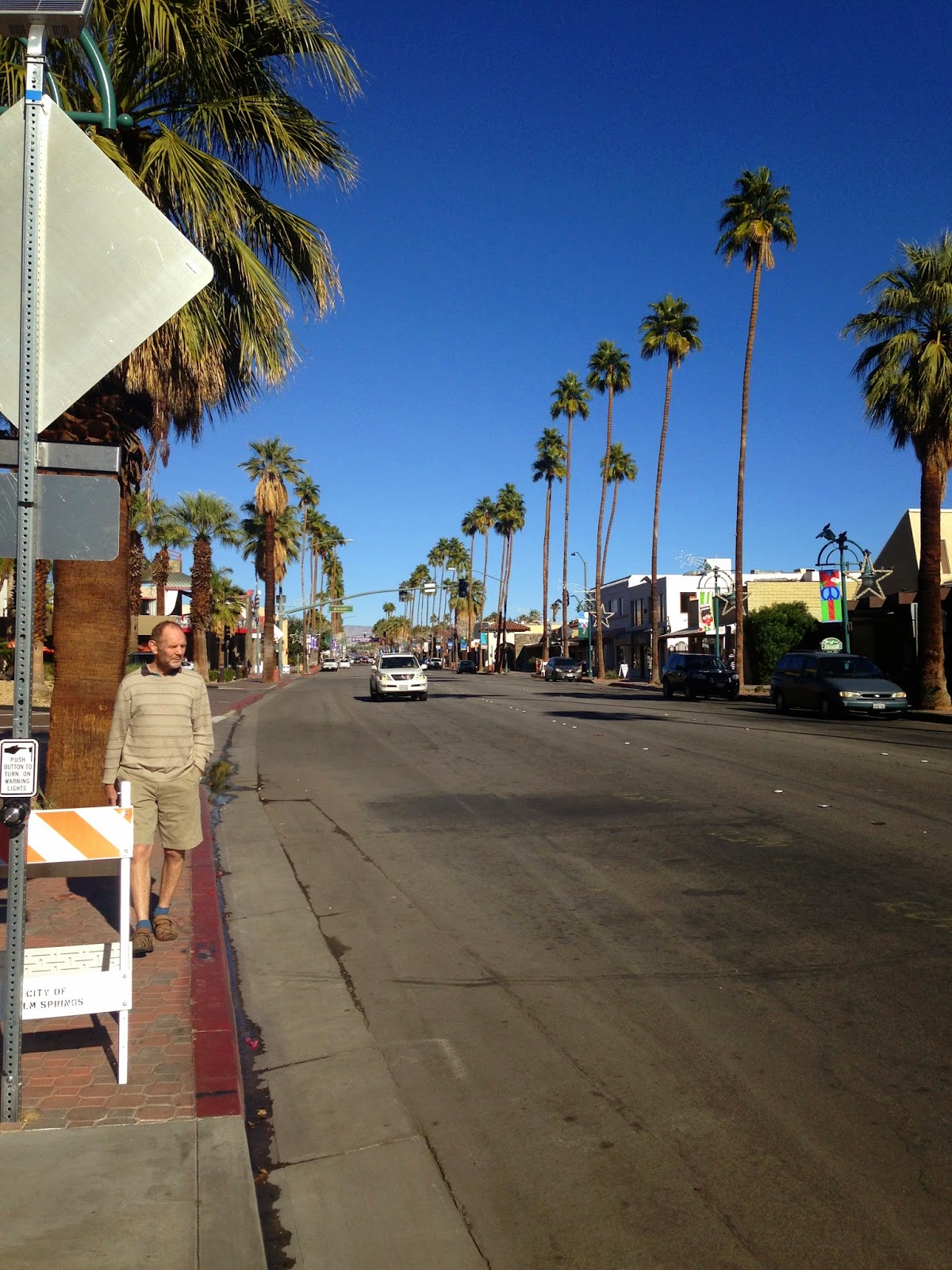 Our next few days were spent in the Hollywood-approved weird, faded glamour of Palm Springs. Located in the desert, surrounded by wind turbines, it’s full of old gay couples and one storey, art deco condos. Apart from the surrounding mountains, the town itself is as flat as a pancake, full of palm trees and Mexico restaurants. You can imagine David Niven and Errol Flynn staggering around the streets out of their mind on martinis with their libidos raging totally unchecked. Our first taste was a margarita and burrito at the Blue Coyote, a fabled Mexican institution. It set the tone for four days of ‘illing’, swimming and eating top scran. It was well Balearic - we even enjoyed a night at the Hard Rock Café, clambered around Joshua Tree and I went for a run through the streets topless. We also went to see the Cabazon dinosaurs, a so-called ‘theme’ park full of shit plastic, huge dinos. Fucking weird. Big up to the xmas Hoppins fam who made it happen. 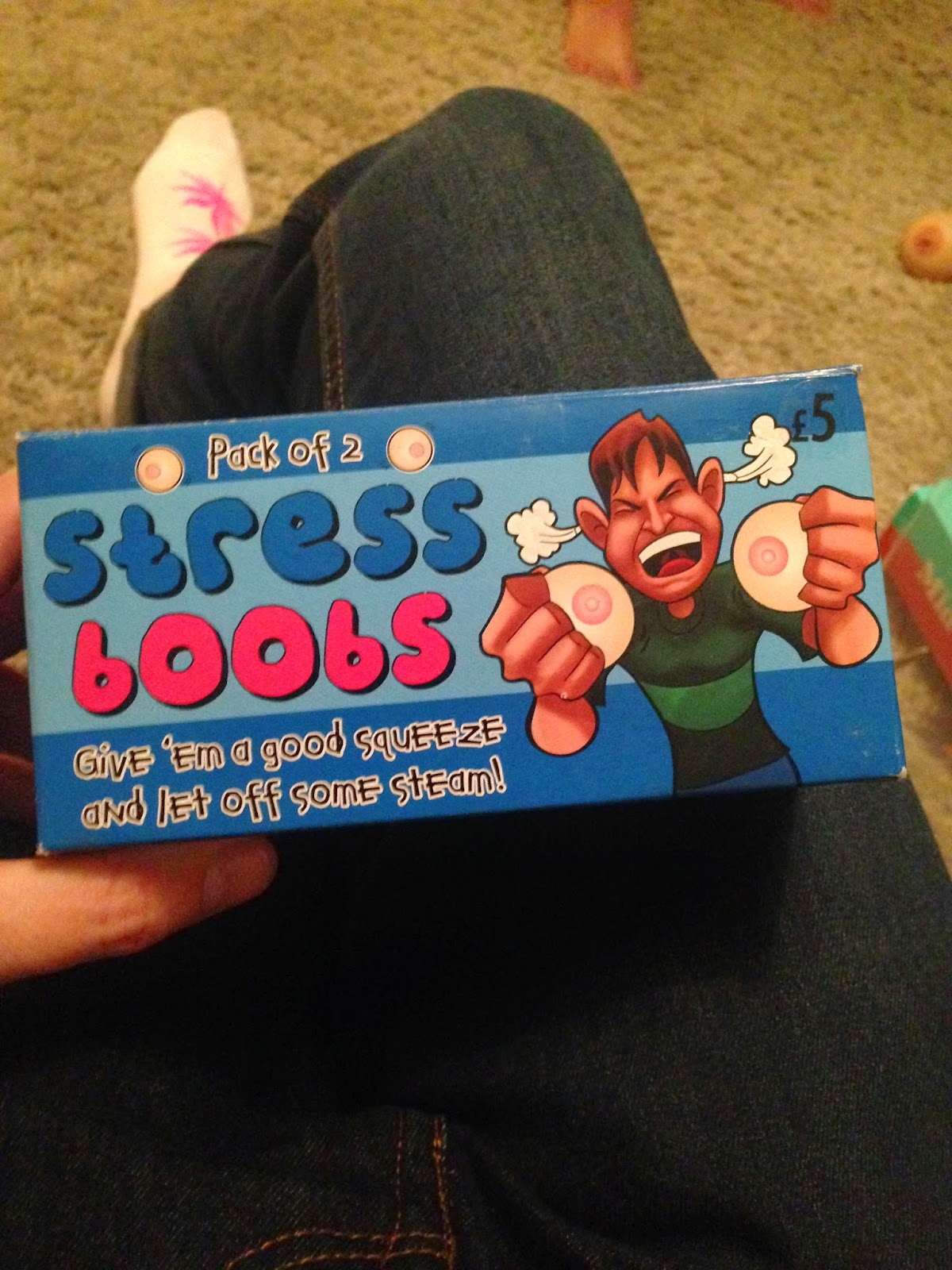 Mexico’s Yucutan Peninsula was the third stop. After dumping the hired wheels at LA International airport, we took a flight to Cancun, then a taxi to Playa Del Carmen where we were staying in the decidedly unglam confines of the ‘The Tired Frog’ b&b. We were just off Playa’s main tourist drag and the vibe here was opposite to that of Palm Springs. This was the land of the American frat boy holidayer, intent on shouting, shagging and drinking their way around the place. We enjoyed some big breakfasts and an afternoon in a supposedly hip beach club where a goonish bar tender tried to coerce us into spending 100 quid on a bottle of spirits at midday. Jibbed him right off m8s. 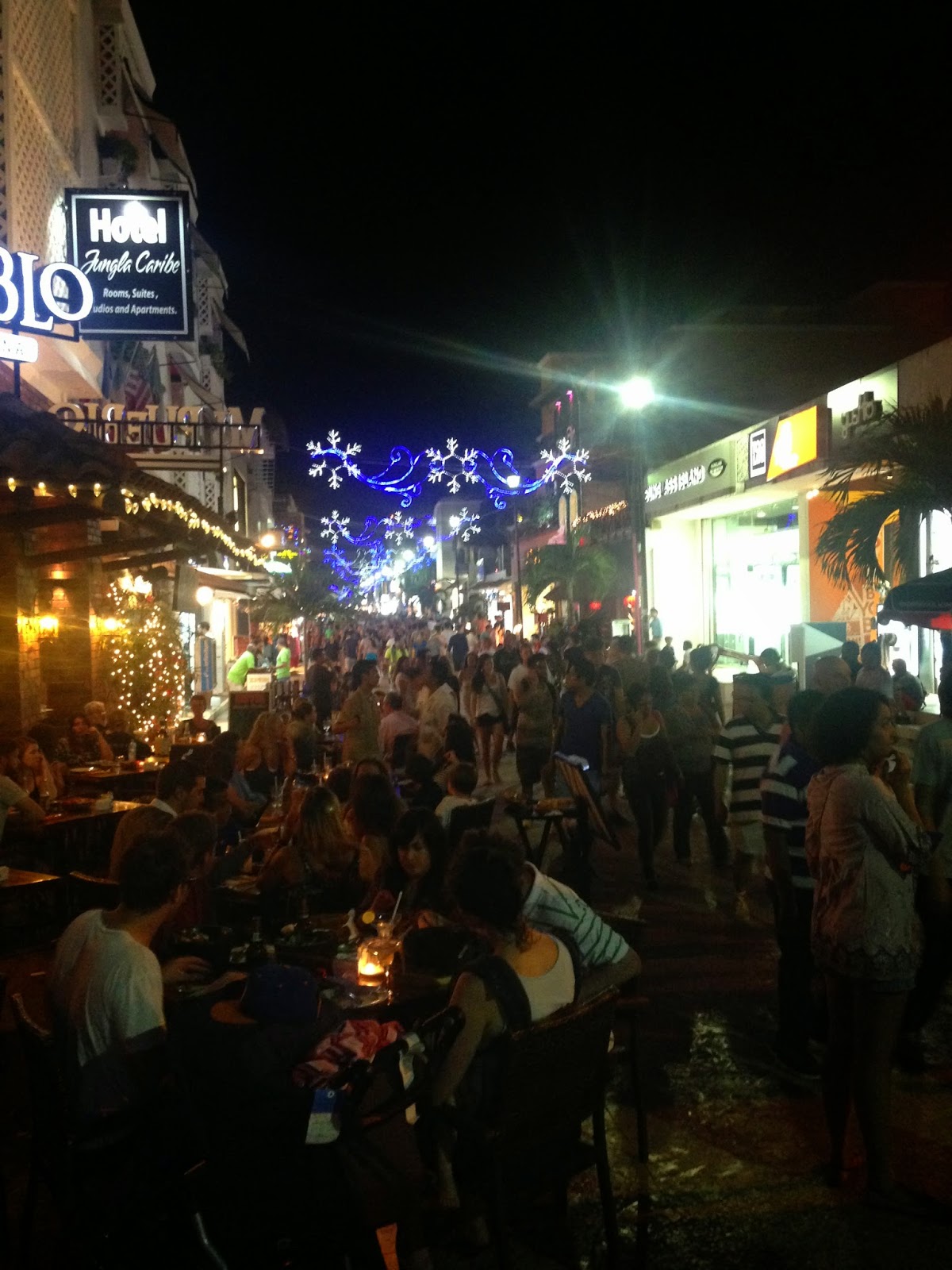 Tulum was the next leg of our trip. Here we were staying at the compound of Rick and his (third) wife Paulo. It was near the centre of the run down town and Rick was very much up for sharing tall tales of his nutty life flogging Harleys on Miami Beach. He enjoyed a big fat cigar, treated us to ace breakfasts everyday (or Paulo’s mum did  never seen but constantly cooking up something regal for the gob) amid much laconic, but still deeply sincere recounts of his adventures. Rick had once hung with Peter Fonda and had the photo albums to prove it. He didn’t give out keys to guests, opting instead to stay awake around the clock so he could answer the door or let people out. Intensely intense if very hospitable. One of the highlights of our relationship was returning from the Tulum New Year Festival (featuring Nicolas Jaar and DJ Harvey) at ten am the following day (after a minor skirmish with a taxi driver) and ringing the bell. Our hosts were unsure how to cope with the wild eyes and ramblings. We tried to maintain a low profile for the rest of our stay. 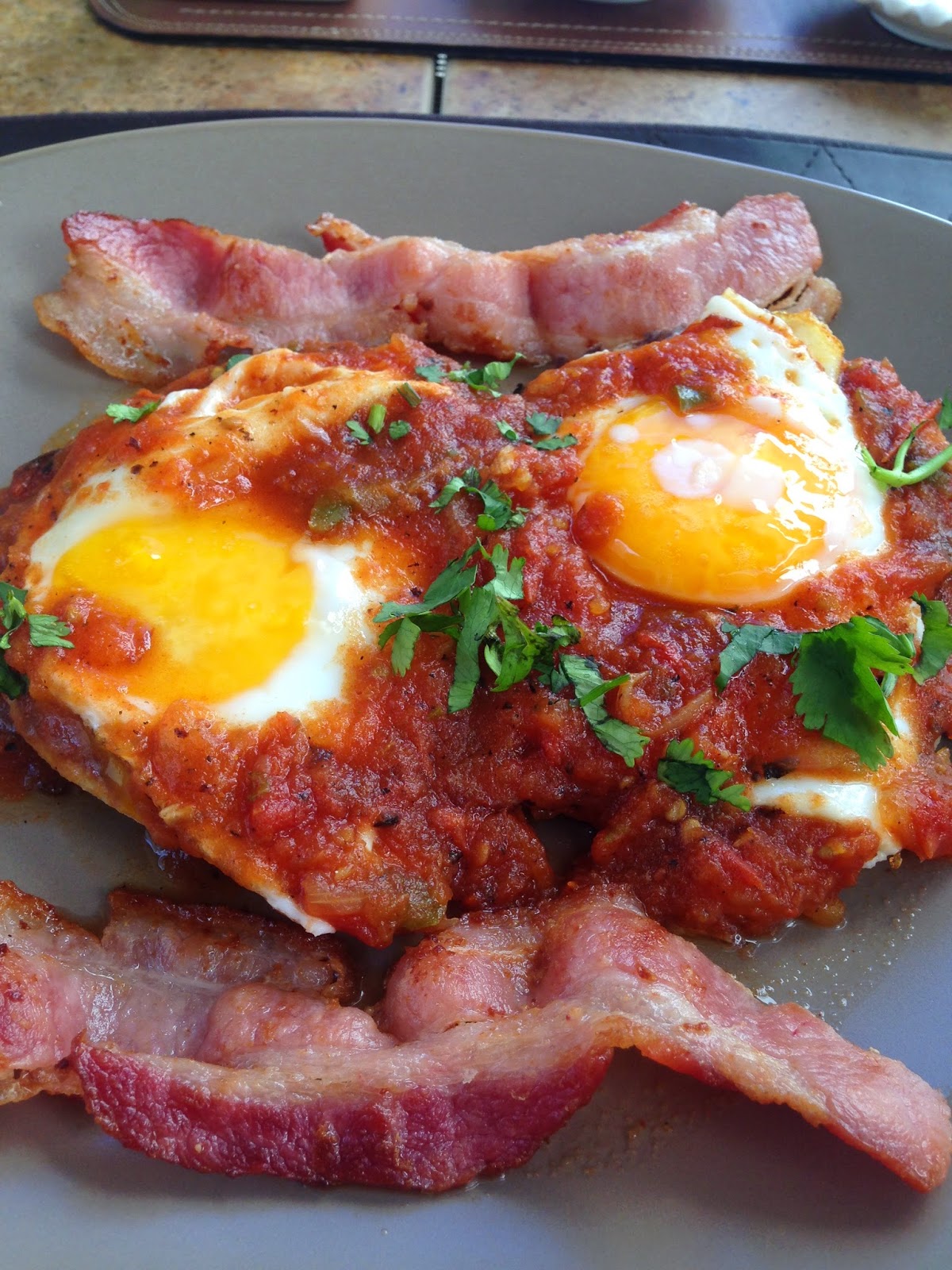 After four days in Tulum, we boarded a bus to Chetumal on the Mexican border. We were getting a water taxi into Belize to the small island of Caye Caulker. Our entry and exit into Belize were both fraught with strife and emotional turmoil. The boat was wee and, after a depressing interaction with a full of it, backpacking, I’m right you’re wrong British self employed photographer dick, we got aboard the top of the boat and sat behind the driver. We were buffeted and soaked for the next two hours until we got to the island in the dark and a golf buggy picked us up. They don’t do cars. The way back was a flight out of Belize City and was as turbulent as my ass after a night on the Devil’s Backbone craft beers. We veered so wildly that passengers started screaming. Cue more prayers. A smattering of tears. 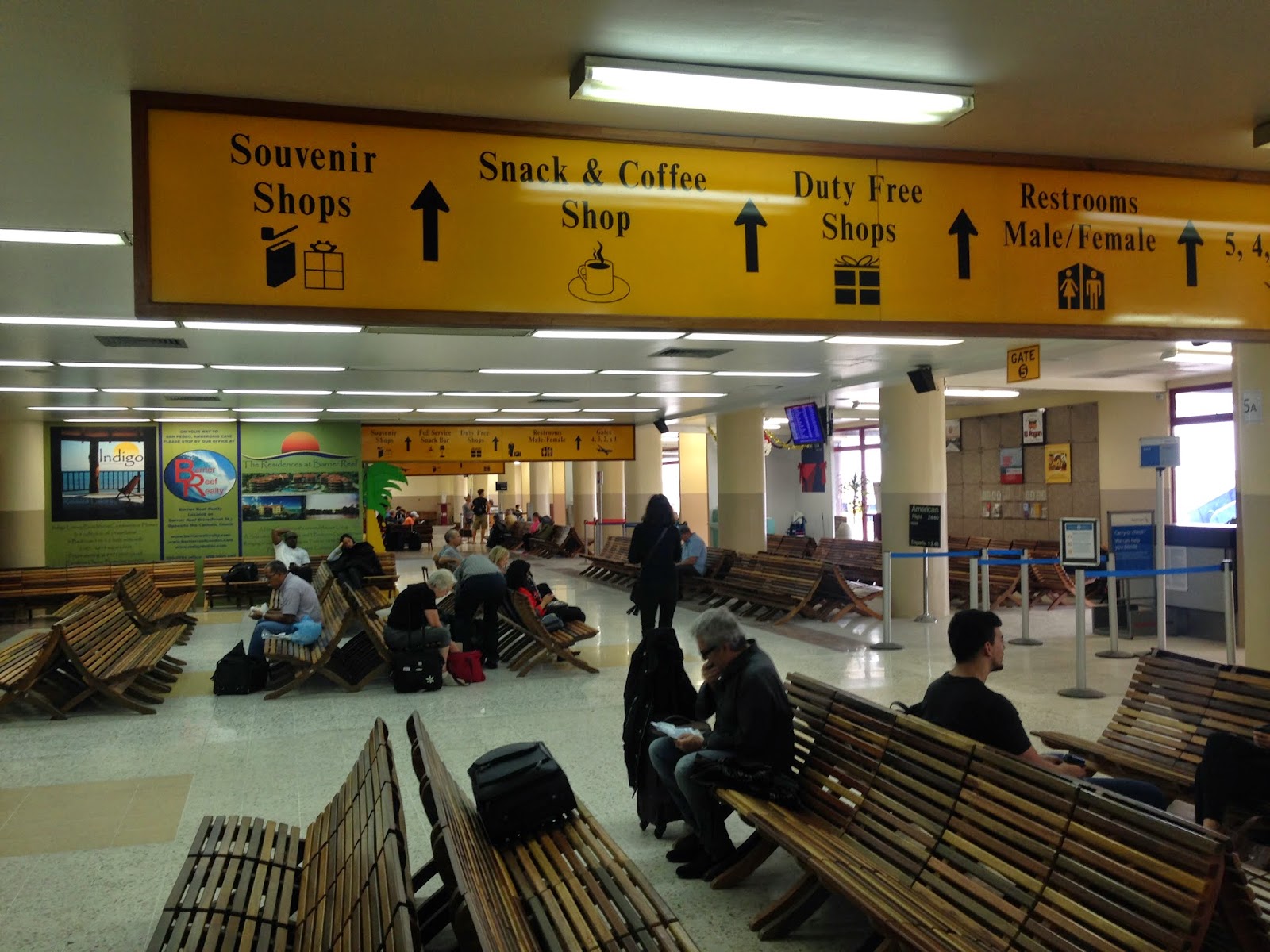 The between time was deeply relaxing. Lobster is the official food of Caye Caulker, a small island where people don't really do very much but drink all day every day. ‘No working during drinking hours’ is the official motto and makes good sense when it’s sunny (or cold, wet, hailing or drout-like) all the time. We spent our time playing shithead, eating lobster whenever we could and swimming. Tres relaxing. Special mention to Terry who’s grill was both lo-fi and delicious, plus Peaches the labradoodle who appeared to have coincided her annual jaunt to the carribean with ours. Peaches! Thank you. 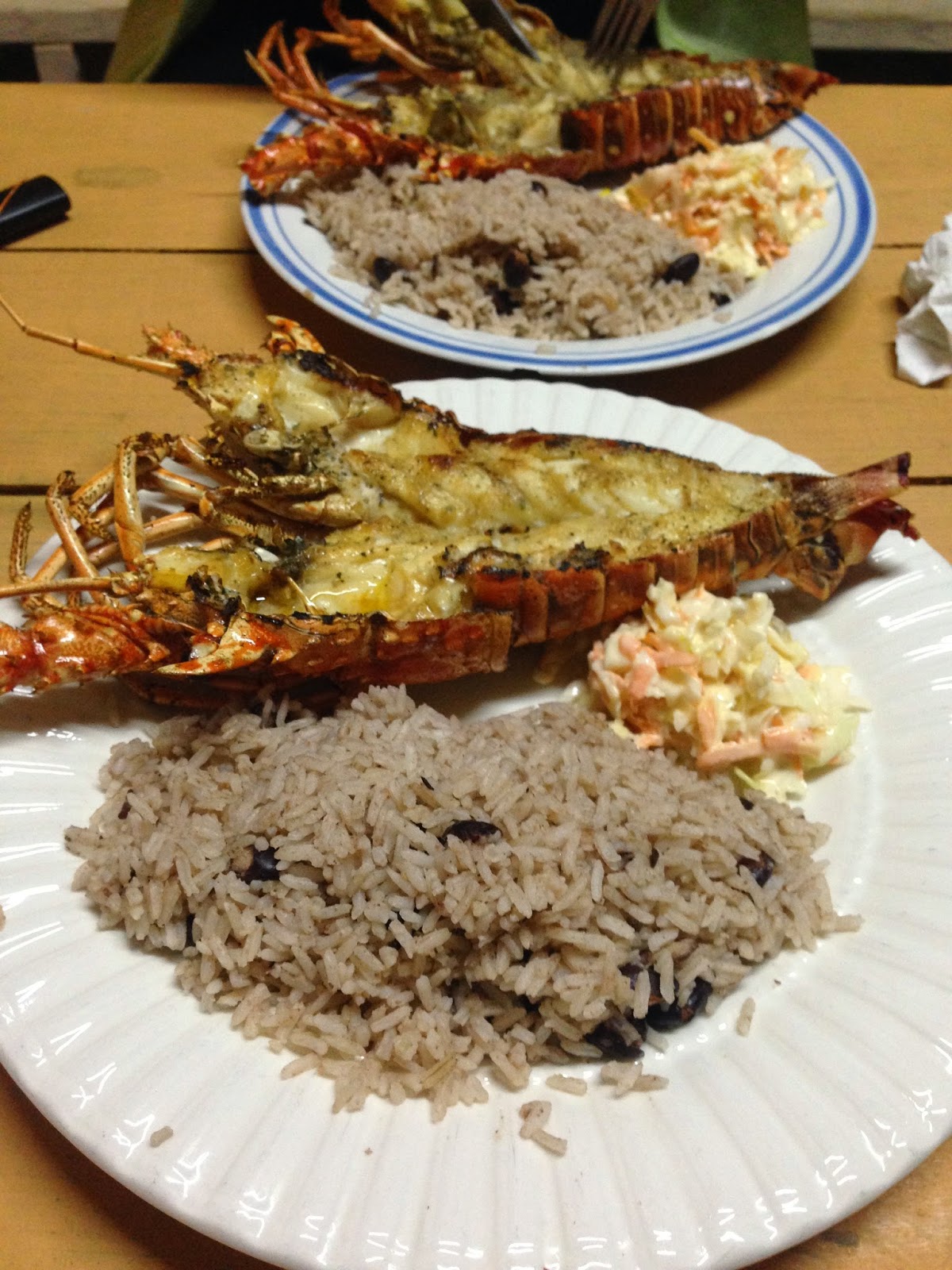 We left via Belize City, which was a much more gnarly vibe. Here everyone was hustling and poverty was high on the agenda. We were only around for an afternoon spent mooching and playing more shithead before getting a scary flight out of there. OOof. 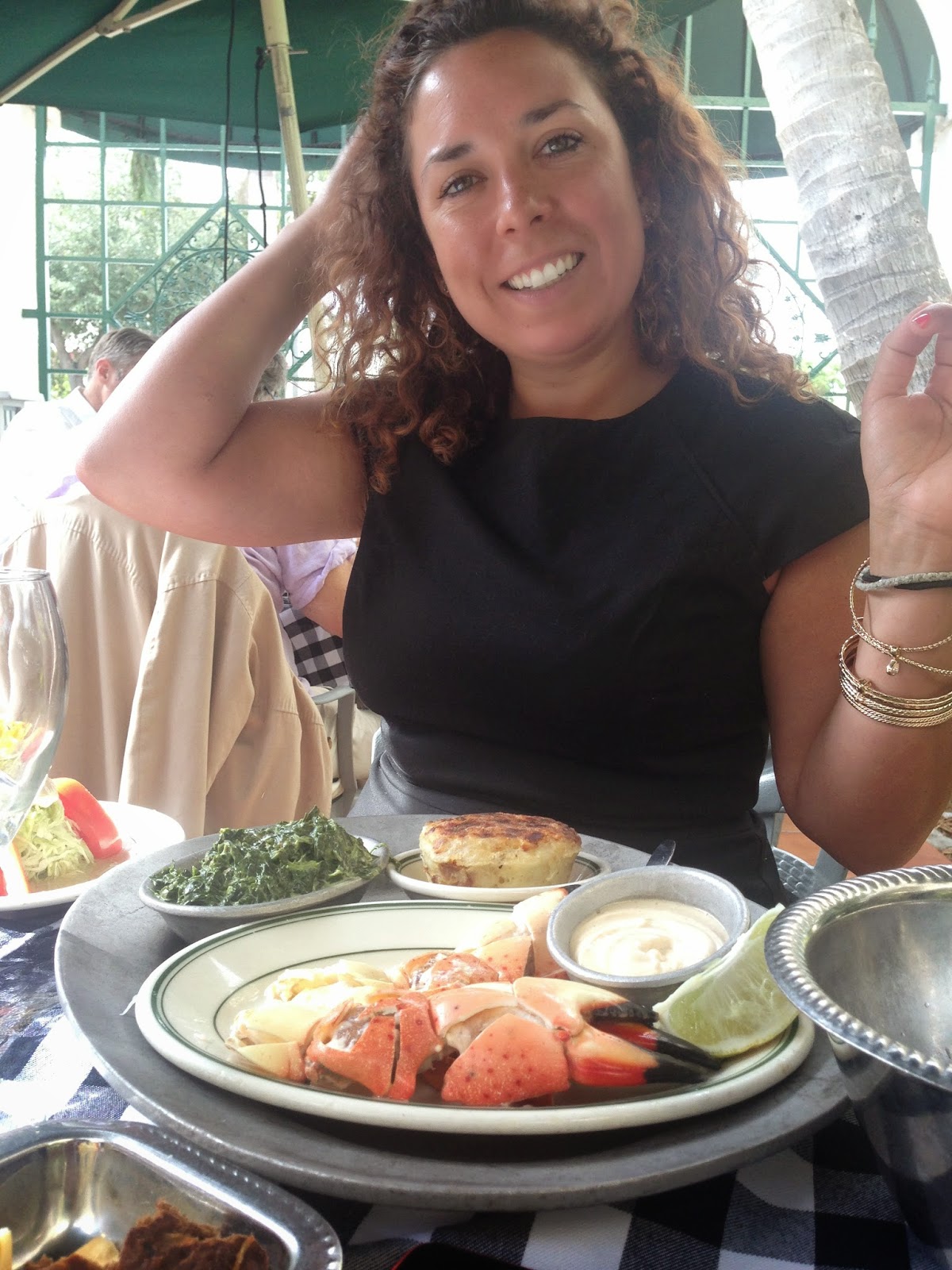 The last stop was Miami - it just made more sense to stop as the flights back to London from there were relatively inexpensive. So we spent a night at Miami Beach, staying at the Clay Hotel on Washington Avenue. Apparently Elton John had once resided here while shooting a video outside. Al Capone was also believed to have made some serious deals in da place. So our residentials came with extra vibe. Our time was spent mooching up and down Ocean Drive checking out the huge, art deco hotels zorbing up and down South Beach. We ended up at Joe’s Stone Crabs restaurant – all the waiters are in dickie bows and give you the run down on the institution that is the steamed crabs. They are top drawer material for the mouth. Indeed it was one of the best bits of our final day that culminated in another lengthy flight back to the UK, this time (thankfully) fueled by tranquilisers. No prayers crew this time round. Props to the tranqs and everyone who hosted us on the way round. Best holibobs ever? Ever ever? Ever... 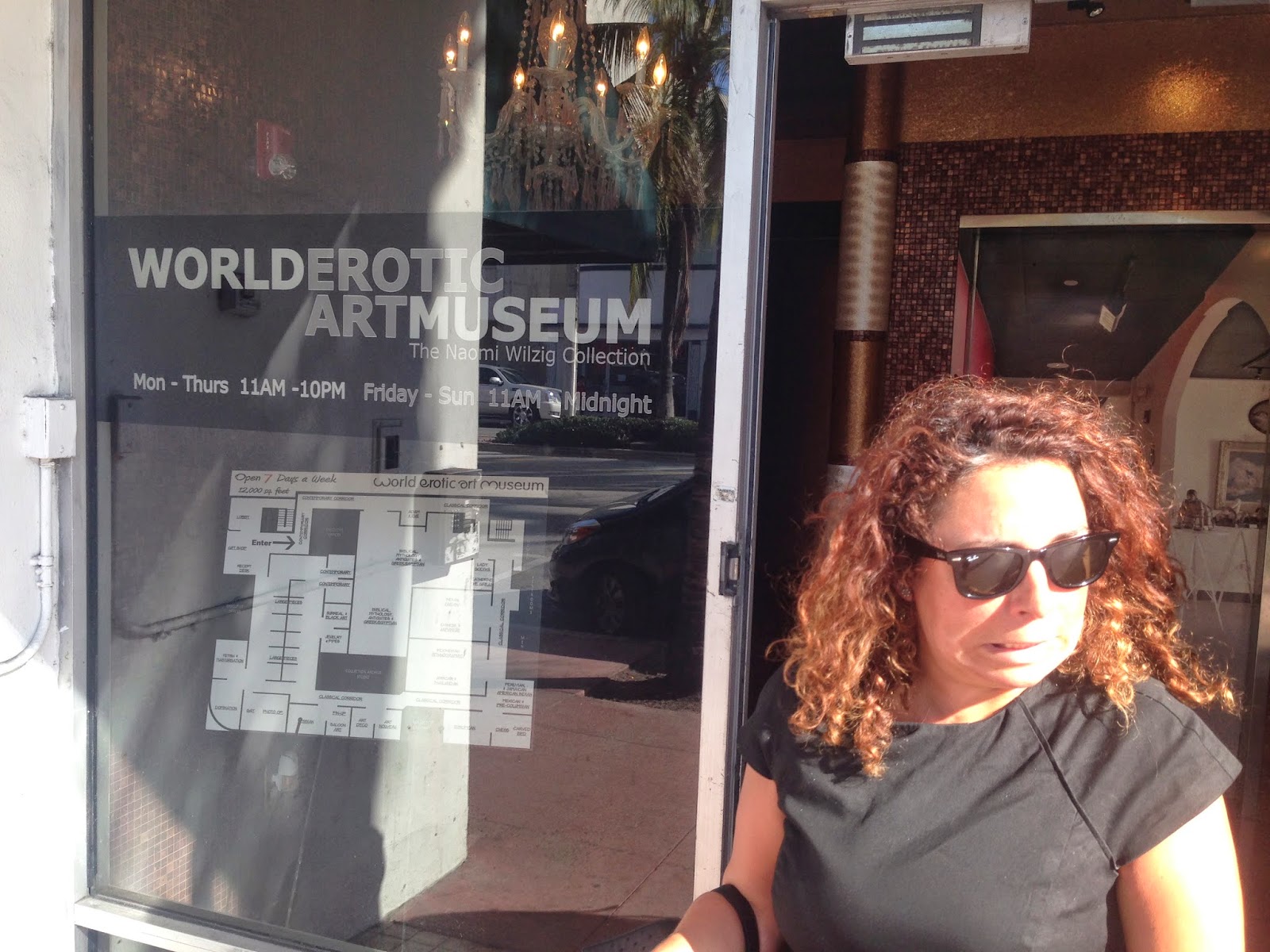 We took about a million photos. Not wanting to be the ultimate bore but if you're interested the full 300 odd (!) are kept over here...